Get you a star who can do it all

Dolly Parton has started the first meme frenzy of 2020!

The legendary country singer, who just celebrated her 74th birthday, started off her year with a meme that instructed her followers, "Get you a woman who can do it all ?" The collage included the photos that Dolly would use on LinkedIn, Facebook, Instagram and Tinder as her profile pictures.

Her LinkedIn profile picture would, naturally, be a photo of her dressed to impress from her 1987 variety show, Dolly. Her wholesome Facebook photo was one of her in a Christmas sweater, her Instagram photo was a vintage shot of her with a guitar and her Tinder profile picture would be one of the blonde bombshell as a Playboy bunny.

Because Parton is a trendsetter, her meme format has started to take off! Everyone from Martha Stewart to Ellen DeGeneres has created their own version, and they're unbe-meme-able!

Of course, her Office character, Kelly Kapoor: The Business Bitch, made the cut!

Ruffalo captioned his set of photos, "Get a guy who will play them all ✨"

The former governor of California said it best when he posted his photo: "Wherever Dolly Parton goes, I follow."

Barrymore drew from inspiration from her past roles in E.T., Never Been Kissed, Grey Gardens and Santa Clarita Diet.

"Wow. So versatile," the band of brothers mused after taking their turn at the viral meme.

The How to Get Away with Murder star absolutely nailed the challenge. Check out the sweet photo of her family that she chose as her Facebook profile pic!

We'd swipe right for Ramsay if that was his real Tinder photo.

The tastemaker shared her own version of the meme, which included a picture of her heating things up in the kitchen, her fur babies, her best friend Snoop Dogg and a throwback photo.

And Cohen admitted that he is "always inspired by Dolly Parton" after sharing his meme.

The Shark Tank star and entrepreneur made sure to include her fellow Sharks in her post.

The comedienne's collage included a very professional throwback, a sweet snap with pals, a weed-themed photo and a bikini pic!

We would've guessed that Chenoweth would've included a photo of her playing Glinda in Wicked on Broadway somewhere in her meme!

The comedian's Instagram and Tinder photos are sights to be seen.

Zoe proclaimed that she is "LinkedIn in the streets, Tinder in the sheets," before asking, "Did I even do this right?"

The Scandal star has meme-making handled. Of course she used Olivia Pope as her LinkedIn profile picture.

The actress nailed her version of the meme, including using a photo from her Alias days for LinkedIn and a totally glam shot of her in a gown for Instagram.

The HuffPost founder chose some glam throwback photos to include in her post.

The talk show host flexed a little with her version of the meme, including a photo of herself with Jimmy Kimmel, Michelle Obama, Jennifer Aniston, Sofia Vergara and Chance the Rapper.

And this, my friends, is exactly why you should always ask yourself: WWDD: What would Dolly do? 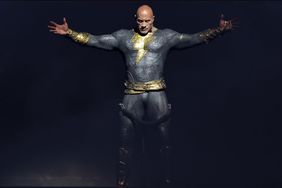 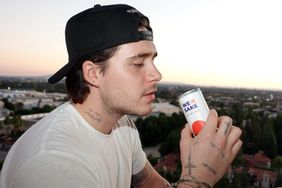 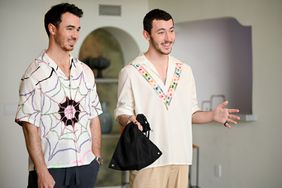 'Claim to Fame' : All the Celebrity Relatives Who Have Been Revealed