Do You Think He's Sexy?

Decisions, decisions! From Hugh Jackman to Justin Timberlake, check out the delicious dudes in our gallery, then tell us whether you find them hot – or not!

All this, and he sings too! Jackman, starring on Broadway in The Boy from Oz, gave a preview of his songs in New York in September.

Law amp Order heartthrob Martin was all smiles as he celebrated the show's 300th episode in New York in April.

In September, a dapper Quaid showed off his rugged smile at the L.A. premiere of Cold Creek Manor.

Brooding babe Depp has come out of hiding for the moment, as evidenced by his appearance at the Venice Film Festival in August.

The silky black shirt Lucas wore to the L.A. premiere of Hulk in June brought out his sexy baby-blue eyes.

Tennis phenom (and part-time model) Blake flashed his pearly whites at a GQ magazine party in New York in September.

Luscious bad boy Farrell ignited the red carpet at the S.W.A.T. premiere in L.A. in July.

He may not be a youngster anymore, but that didn't stop Timberlake from wowing the young crowd at the 2003 Kids' Choice Awards in L.A. in April.

Those cheekbones! No wonder the Sex and the City stud heated things up at an Entertainment Weekly party in New York in June.

Sexy McConaughey looks every bit the Hollywood A-lister at the Oscars in March.

Those eyes! That accent! In March, Bond man Brosnan attended the London premiere of Evelyn.

Newcomer cutie McKenzie of TV's The O.C. greeted fans at the Teen Choice Awards in L.A. in August.

Demi's main squeeze hosted a kick-off party at the hip L.A. eatery Dolce (of which he is part-owner) in May.

He may be Jennifer Garner's main man, but that doesn't mean we can't drool over Vartan (at an L.A. event in August). 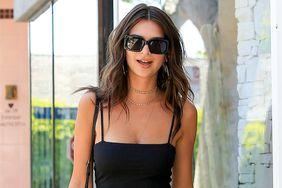