Marilyn Manson's ex claims she is still owed $25,000 for a London burlesque gig

Dita Von Teese is crying foul about her alleged $50,000 fee for a burlesque shows she performed in London last fall – claiming she’s only been paid half of it.

In a breach-of-contract suit filed Friday in Los Angeles Superior Court against Erotica Limited, the ex-wife of Marilyn Manson claims that in April 2007 Von Teese’s manager and Erotica Limited began negotiations for her to make a second annual starring appearance at the company’s EL’s Erotica 2007 trade show, reports the L.A. City News Service.

Her 2007 contract called for Von Teese, whose likeness adorned ads and programs, to perform twice daily at London’s Earl’s Court Nov. 23-25 for $50,000, double the money she made the previous year at the same gig, the suit states.

But the entire fee has not been made, according to court papers, which also says that reps EL stopped all communication with Von Teese (real name: Heather Sweet), 35, and her rep once the trade show was over.

Despite the disagreement, Erotica Limited has reportedly used Von Teese’s 2007 appearance to promote the 2008 engagement, says the suit. 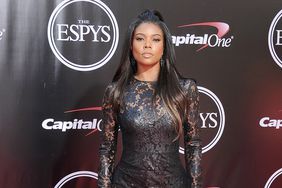