Their reps are mum, but a source tells PEOPLE the I Am Number Four costars plan to tie the knot

Dianna Agron and Alex Pettyfer were first romantically linked last summer – and now the Glee star and her British beau may be taking their relationship to the next level.

A source tells PEOPLE that Agron, 24, and Pettyfer, 20, are engaged. “They’re very happy about it,” adds the source.

Their reps have no comment and the couple – costars in the teen-oriented sci-fi thriller I am Number Four, in theaters Feb. 18 – remain coy about their romance.

When Agron showed up at the I Am Number Four press day wearing a thin diamond band on her left ring finger, she told PEOPLE that her love life is “something I never like speaking [about],” but also shared with reporters that Pettyfer was “great” to work with “because he was so enthusiastic and so determined to give everything he had to this character.” She added, “he wasn’t a diva, so that was good.”

As for Pettyfer, he sidestepped questions about their relationship on the red carpet at the Golden Globes, but told PEOPLE that Agron is “a lovely girl. I was very fortunate to work with her, and she was amazing in I Am Number Four.”

With both playing coy, it remains to be seen if there will be another star-studded wedding to look forward to. 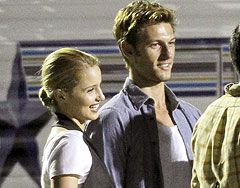 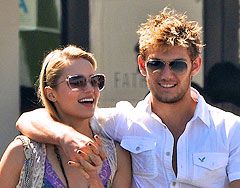 Have Dianna Agron and Alex Pettyfer Called it Quits? 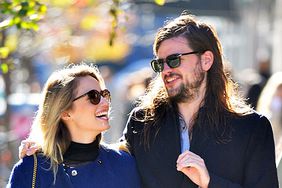 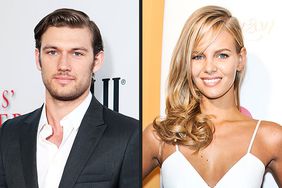