It’s over for Diana Ross’s “Return to Love” concert tour with the latest incarnation of the Surpremes. The Motown diva announced on Monday that the remainder of her playdates with the ersatz Supremes has been canceled by her producers. Apathetic ticket sales were to blame, as well as some possible bad karma. “I was very much looking forward to performing for our fans,” Ross said in a statement. “I promised our fans that I would be there for them . . . and I will find a way to reconnect with them as soon as possible.” Ross was slated to play 23 cities through August. Throughout the troubled tour and the barrage of publicity that met its kickoff, Ross, 56, attempted to play down controversy over the exclusion of founding member Mary Wilson and Cindy Birdsong (who replaced Florence Ballard in 1967). Wilson and Birdsong reportedly didn’t join the new sing-along because of the vast disparity between their proposed salaries and Ross’s.

Diana Ross and the (Almost) Supremes

Like the Play, Mary Wilson's Memoir Suggests That Being a Supreme Was No Dream, Girls 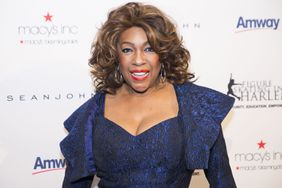 Mary Wilson, a Founding Member of The Supremes, Dead at 76: She 'Will Be Deeply Missed'