After being friends for 26 years, in what The New York Times calls “a relationship widely assumed to be platonic,” USA Networks chief Barry Diller, 59, and socialite designer Diane von Furstenberg, 54, were married in New York on Friday, which was the media mogul’s birthday. “It was nice,” von Furstenberg was widely quoted as saying of the same private ceremony she and Diller had in front of eight relatives in city clerk’s office. Friday evening, a reported 350 guests, including designer Calvin Klein and writer Fran Lebowitz, showed up for a reception at von Furstenberg’s Greenwich Village home. The Times notes that Diller plans to keep his apartment at the Hotel Carlyle, way uptown from the Village.

Not Lying on Her Laurels 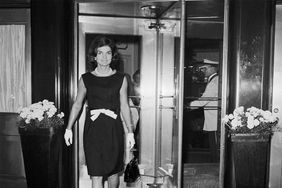 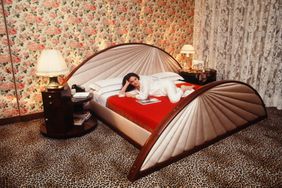