It’s official: David Cook and Kimberly Caldwell are no longer an item.

“Kimberly and David ended their relationship just before the holidays. The couple remain good friends and being very private people, appreciate their privacy at this time.”

The duo, both 26, started their relationship shortly after Cook’s Idol win in May 2008, with the rocker publicly asking Caldwell on a date on the red carpet before the seventh season finale.

“I think [Kimberly] just gets that this is all nuts… she’s a nice break from the chaos,” Cook told PEOPLE last year about his relationship with his now-ex.

RELATED ARTICLES:
• David asks Kimberly out on live TV!
• Get the dish on everything Idol! 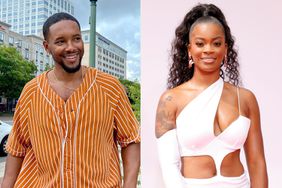