"Whatever my hesitations about suicide, I sometimes think I would have done the deed if it weren't for that record," says McDaniels of the pop ballad

Hip-hop pioneer Darryl “DMC” McDaniels made a name for himself as the King of Rock in Run-DMC – but when he battled depression and suicidal thoughts, his go-to soundtrack was a much less hardcore.

“I was probably at my suicidal worst in 1997 during a two-week-long tour in Japan. The only song I listened to then was a soft-pop ballad by Sarah McLachlan called ‘Angel,'” McDaniels, 52, writes in his new memoir, Ten Ways Not to Commit Suicide, excerpted exclusively in the new issue of PEOPLE.

The rapper first heard the aching track – now famously used in PSAs to raise money for the ASPCA – during a 1996 cab ride. It stuck with him for years.

“I cannot overemphasize how important that song was to me in the midst of my depression. ‘Angel’ kept me serene even when every fiber of my person was screaming for me to lose it [and] made me believe that I could soldier through,” the excerpt continues.

At the time, McDaniels was sober years after struggling with alcohol addiction. But, having lost his voice due to the throat condition spasmodic dysphonia and facing creative conflicts in the band, he was in the midst of an intense identity crisis.

“Whatever my hesitations about suicide, I sometimes think I would have done the deed easily if it weren’t for that record,” McDaniels adds in the book.

“I thought long and hard about killing myself every day in Japan. I tricked myself into thinking that my family might be better off without me. I considered jumping out of a window. I thought about going to a hardware store to buy poison to ingest. I thought about putting a gun to my temple. Whenever I’d listen to ‘Angel,’ though, I always managed to make my way back from the brink.

“It would be too simple to say that song got rid of all my negative feelings. it couldn’t rid me of the wounds. [But] ‘Angel’ was like a life preserver tossed to me during a storm. It didn’t pull me out of the water, but it did help me stay afloat until other help came along.”

That same year, McDaniels, still struggling with his depression and suicidal thoughts, met McLachlan at Clive Davis’ annual pre-Grammys party – and he had to introduce himself.

“I went over to her and was like, ‘Ms. McLachlan, you sing like an angel; you’re a God to me. I listen to that record every day of my life. That record takes all of the suicidal thoughts out of my life,'” McDaniels tells PEOPLE, recalling the meeting. “And she said, ‘Thank you for telling me that, Darryl. That’s what music is supposed to do,’ and shakes my hand.”

Three years later, in 2000, McDaniels found out he was adopted out of the foster system. He relapsed, began drinking heavily again, and his depression worsened.

For more on Darryl McDaniels and his new book, pick up the new issue of PEOPLE, on newsstands everywhere Friday.

In addition to eventually finding his birth mother, part of McDaniels’ recovery and reclaiming his sense of self was recording a song with McLachlan.

Growing up, the rapper’s favorite song was Harry Chapin’s “Cat’s in the Cradle,” and McDaniels decided to record an updated cover of the track and approached McLachlan to duet with him. McLachlan agreed, they recorded it at her home studio in Canada, and when they finished the song, the singer told McDaniels she, too, was adopted.

Finally released in 2006, the song, “Just Like Me,” was a hopeful ode to foster kids everywhere.

“There’s a line in that song: ‘There’s a lot of people just like me, there’s a whole lot just like me,'” says McDaniels, who says his family – wife Zuri, 42, and son D’Son, 21 – was a major factor in dealing with his depression. “I realized I came out, and I’m saying ‘I’m adopted, I’m a foster kid, I’m an alcoholic, and suicidal.’ And suddenly people came out of the woodwork: I ran into athletes and entertainers who were ashamed and alone and like, ‘Me too!'”

Now sober, McDaniels is at peace with his birth mom – and using his fame as a platform to help others, like with his charity The Felix Organization, which funds programming and summer camps for foster kids.

“I saw the potential to help people going through exactly what I went through,” he says. 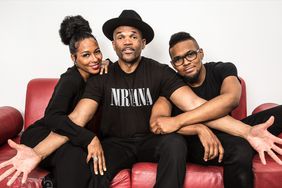 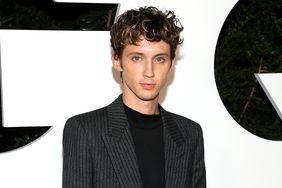 Troye Sivan's iPhone Lock Screen Features His Pup Nash: 'I Spend a Lot of Time with My Dog' 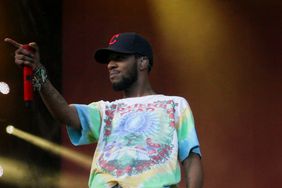 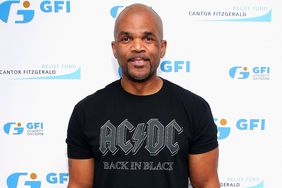 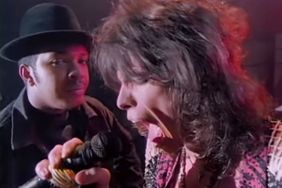 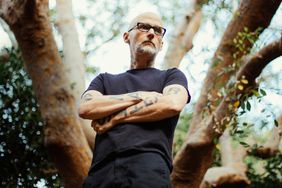 Moby Recalls Abusing Pills and Drinking 20 Beers a Night at the Height of His Fame: 'I Was Miserable' 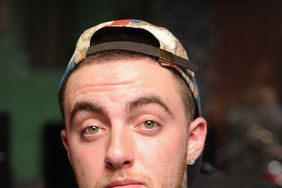 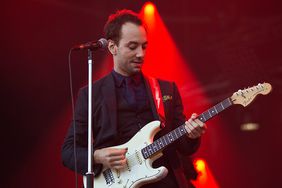