Roger Moore: 'Skyfall' with Daniel Craig Is 'The Best, Best Bond of All'

While he’ll no doubt be best remembered for the seven James Bond films he made from 1973 to 1985, Sir Roger Moore – he was knighted in 2003, for his humanitarian work on behalf of UNICEF – also wears many other labels proudly.

He was a young MGM star (opposite the then-equally young Elizabeth Taylor), a TV star and producer (The Saint), an author twice over (a 2008 autobiography, My Word Is My Bond, and the brand-new Bond on Bond: Reflections on 50 Years of James Bond Movies), and a word-class raconteur.

It was in those last two capacities that the London-born Sir Roger, a hale and hearty 85, spent time with PEOPLE in New York this week. Among the many opinions he shared were those on a certain movie franchise.

Here is some of what he had to say, along with a video clip (below) of his charming way of saying it.

It took how long to write Bond on Bond?
Six to eight months. Actually, Bond on Bond is my second book, and I’m glad to say that so far it seems to be received very gratefully, by the people I send it to for nothing. Writing it came about because the publishers over in England thought it would be a good idea, with 50 years of Bond coming up, to have a book about my opinions of Bond, which I’ve never given.

So, what’s your opinion of the latest James Bond movie, Skyfall?
If I had not finished this book three or so months before it went to print, I would write another chapter, because I would have seen Skyfall, and having seen Skyfall, in my opinion it is the best, best Bond of all – and Daniel Craig, I am full of admiration for him.

Do you remember when you were first told, "All right, you’re James Bond"?
After Bond Four [Thunderball], Sean [Connery] announced he was leaving, and I knew the producers Harry Saltzman and Cubby Broccoli. I’d met them gambling, and we became friends, because I let them win. Anyway, they wanted to make one of the Bonds with me and do it in Cambodia and I more or less agreed … then all hell broke loose in Cambodia and that was that. Until a few years passed, and I had to tell [my TV producer] Lew Grade I was taking over James Bond. And he said, “Roger, it will ruin your career.” And it did.

Favorite Bond movie locations?
Going home. (Sighs.) The most enjoyable time of all was when we started shooting in Sardinia for The Spy Who Loved Me, before going on to Egypt. The idea of being in a holiday resort and having that beach to myself, it stays in my memory as a nice place.

Other location memories?
India, of course, and Egypt are very hot. The most tiring thing about being James Bond is that Bond never sweats. Well, my Bond never sweat. I got tired just changing shirts.

You’ve often said that you won’t name your favorite Bond Girl, other than your wife, Kristina. But what about your favorite Bond song?
There are two. “Live And Let Die,” which I think is a great piece of work, and a wonderful arrangement by Sir George Martin, and “Nobody Does It Better,” by Marvin Hamlisch. That was really something. And “The Spy Who Loved Me,” I think, says all there is to know about Bond.

Anything you miss about playing 007?
It’s not what I miss. It’s what the bank manager misses. [But] my wife is very content.

Where is home?
Where the heart is, of course. But home for me is where I have my computer, my books, my own tidy office. And that’s in two places. I have one in Monaco, on the Mediterranean, and the other in Switzerland, high up in the mountains, at 1,700 meters [approximately 5,500 feet]. That’s home. 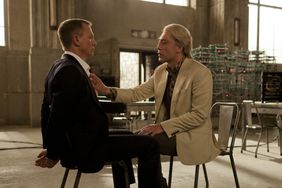 Daniel Craig Unaware He Was Bleeding from Forehead in Interview: 'Did I Bash My Head?' 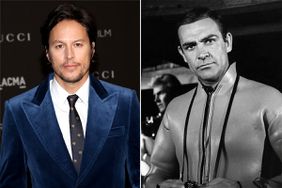 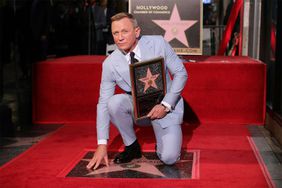 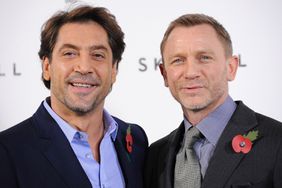 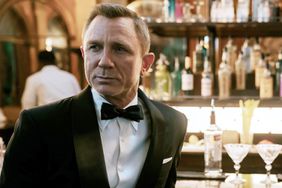