Danica McKellar is ending her marriage.

The former Wonder Years star, 37, has filed for divorce from composer Mike Verta, whom she married in 2009.

The couple, who have a prenuptial agreement, separated on June 1, according to court papers filed Monday in L.A. Superior Court. McKellar cites irreconcilable differences as the reason for the split.

McKellar later posted a message on Twitter: “Thank you so much for all your love and support during a tough time!” PHOTO: Danica McKellar Goes from Wonder Years to Wonder Bra

Following their La Jolla, Calif., nuptials, McKellar’s sister gushed to PEOPLE that the actress had “married the love of her life.”

The couple’s wedding song was “Forever in Love with You,” which was written by Verta for the occasion.

McKellar is represented by attorney Mark S. Patt of prominent law firm Trope and Trope, which has represented Nicole Kidman, Britney Spears and Melanie Griffith, among others. 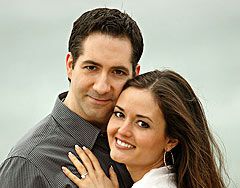 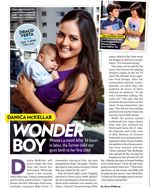 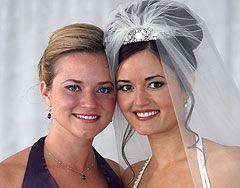