Dan Stevens has dramatically changed his looks more than once

Just call him a chameleon.

Dan Stevens shot to fame in the properly British Downton Abbey, but he’s had a variety of roles since. The actor has made his way through dark thrillers to finally end up as a Disney prince in the live adaptation of Beauty and the Beast — and it isn’t a coincidence that he disappears into his roles.

“I guess I kind of pride myself in not being that recognizable in various things, especially with this one — although you can see quite a lot of my face come through the Beast,” Stevens, 34, tells PEOPLE. “But I’ve been hopping around and trying a number of different styles and genres and looks and things, so it’s not something I think about a huge amount.”

But do fans recognize him on the street? “It depends on if I have a beard or not, these things change day to day,” he says. “I could shave and look totally different.”

Check out his changing looks from Downton to the Beast.

Stevens got his big break in 2010 in the British series Downton Abbey playing Matthew Crawley opposite Michelle Dockery’s Lady Mary Crawley. The stayed on the series for three years before his character was killed off at the end of its third season — leaving fans devastated. For the role, Stevens sported a more boyish look, and he often donned dapper duds befitting the show’s 1912 Yorkshire setting.

Stevens says that the large group of actors is what he misses most about the hit show.

“I think it was the ensemble of characters, really. There are very few TV shows have ever presented 20 lead characters in the first season like that,” he says. “It’s such a rich tapestry of British actors there and a really, really nice gang. I miss them all.”

Slimming Down and Bulking Up

After leaving Downton, Stevens took on a series of roles that required him to dramatically change his looks — and grow a beard.

The actor slimmed down for his role in 2014’s A Walk Among the Tombstones, in which he played a drug trafficker desperate to find the men who kidnapped and killed his wife. The actor looks jarringly different in the dark film — which costarred Liam Neeson — with a thinner face and a dark mustache and goatee.

Stevens in A Walk Among the Tombstones

Soon after, the actor had to immediately bulk up for his role in The Guest, a thriller about a discharged soldier who goes on a killing spree to protect his true identity. Though the subject matter was just as dark as Tombstones‘, Stevens had to go from playing a downtrodden character to a charming and deceiving soldier who manages to come off as trustworthy and caring. The actor dyed his hair lighter and grew a fuller beard to make him look more innocent.

The actor also had a shirtless scene in the movie that showed off a much more toned and tanned body than his time in Downton Abbey.

In his most challenging transformation yet, Stevens had to learn how to be the Beast — stilts and all. The actor trained heavily to withstand wearing a 40-lb. muscle suit.

“Ultimately we went for a fusion of technologies,” the actor tells PEOPLE about his transformation. “[It was] traditional motion capture and puppeteering of a big muscle suit on stilts. I was inside this 40–lb. thing covered in gray lycra and marker dots.”

From Coinage: The Cost of Beauty and the Beast‘s Wedding Registry

The actor spent time before production learning how to walk in stilts and slowly put the muscle suit on so he could get used to the weight. Still, it was terrifying having so much weight on him and dancing with Emma Watson.

“Fortunately we had about three months of pre-production for rehearsals, learning the songs, the dances. Initially with the waltz I learned the steps on the ground and graduated to the stilts, which was slightly terrifying for me but probably more for Emma,” he says. “I think she was very worried that I was going to tread on her toes in steel stilts, which could’ve ruined the movie, but I didn’t, so I’m very proud of that.”

To make the Beast more human, Stevens had to reshoot all of his scenes as facial close-ups so that they could be digitally imposed on the Beast.

“Every couple of weeks I would go into a special booth and my face would be sprayed with about 10,000 UV dots and I would sit in what I used to call the Tron cage,” he says. “Anything I’d been doing in the previous two weeks in the scenes, whether it was eating, sleeping, roaring, waltzing, I did it again with my face, with Emma sitting on the other side of the cage and we would capture the Beast’s face.”

Beauty and the Beast is out in theaters now. 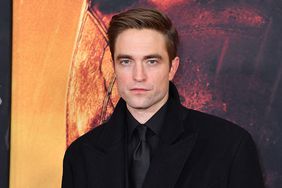 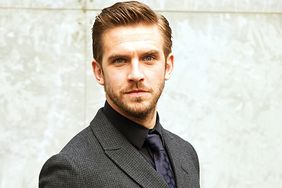 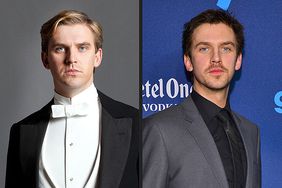