Dan Rather Gets New Weekly Show

Dan Rather Reports will launch this fall on HDNet

Explaining that he was not criticizing his former employer, Rather, 74, said Tuesday at the Television Critics Association meeting, the “difference here is the chain of command begins and ends with me,” the Associated Press reports. “You could say it’s like operating without a net, but I don’t see it that way.”

The hour-long show, which will feature field reports, interviews and investigations, will be produced and hosted by Rather, who said he will have creative and editorial control.

“News at its best … is a wake-up call, not a lullaby, and I’m not in the lullaby business,” said Rather, who signed a three-year deal with Cuban. They did not disclose his salary.

Rather’s reputation was perceived as tarnished after he reported a story, subsequently discredited, on President George W. Bush’s military record. But his otherwise distinguished 50-year career saw him cover the assassination of President John F. Kennedy, the civil rights movement and Watergate.

He has written six books and covered six presidential elections and a dozen wars on five continents. 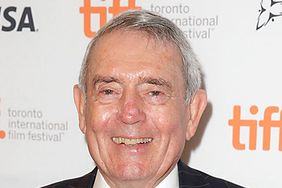 Dan Rather Defends the News Report That Got Him Fired: 'We Didn't Do It Perfectly,' But 'We Reported a True Story'

Picks and Pans Review: Spotlight on 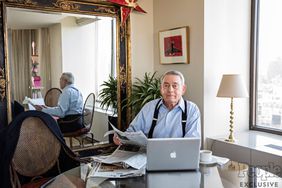 Inside Dan Rather's Unexpected Comeback 11 Years After CBS Exit: 'I Was Aching to Do Something'

His Name Is Mud to CBS Rivals, but Dan Rather Says That's the Way It Is

After 'The Best and the Brightest,' David Halberstam Reels in Another Whopper, 'The Powers That Be'