Plus: Wait till you see which country greats collaborated with her on her new album

Cyndi Lauper won’t release her country album Detour until May 6 (it’s available for pre-order over on iTunes now), but PEOPLE has an exclusive first listen of “Funnel of Love,” her debut single off the crossover collection.

While the track was originally recorded and made famous in 1961 by rockabilly pioneer Wanda Jackson, Lauper makes the classic cut her own, belting her signature vocals over a rollicking beat.

“A lot of songs on this record are from that period of country-western music right before rock & roll came along,” Lauper, 62, tells PEOPLE. “I studied a lot of singers, and Wanda Jackson, who originally sang this, was one of the original rock & rollers. I wanted this song to have that live sound, and it does.”

For her eleventh full-length album, Lauper – who was inducted into the Songwriters Hall of Fame last year – teamed up with country greats Emmylou Harris, Willie Nelson, Vince Gill, Jewel and Alison Krauss to cover the genre’s early classics. 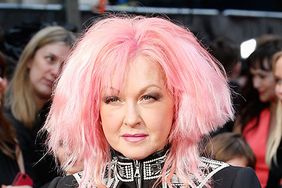 Why Cyndi Lauper Took Her Unusual 'Detour' to Country