The Crayola crayons people are making plans to change the name of their “Indian Red” crayon for reasons of political correctness. The manufacturer says they originally got the name from a “reddish-brown pigment commonly found near India” — and it doesn’t have anything to do with Native Americans. Nevertheless, they’re changing the name. (Suggestions are being solicited at http://www.crayola.com.) This will be the third such modification in the history of the 96-year-old company, which is based in Easton PA. In 1958 “Prussian blue” was renamed “midnight blue” because nobody knew who the Prussians were. And, in 1962, “Flesh” was changed to “peach,” in recognition of the fact that “everyone’s skin tone is not the same.”

Brown by Any Other Name

A Touch of Blass 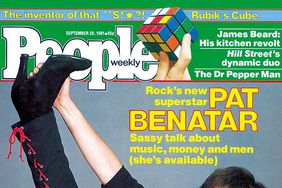