Mother Kay said about the baby news: "That's wonderful! When y'all getting married?"

Telling fans on his Web site that he and 3-months-along girlfriend Camila Alves “are stoked and wowed” to be prospective parents, 2005’s Sexiest Man Alive Matthew McConaughey also had someone to tell personally: his mother back in Texas, Kay McConaughey, PEOPLE reports in its latest cover story.

McConaughey, 38, and Alves, a model born in Rio de Janeiro who turns 25 Jan. 28, began dating a little over a year ago. “They have a very loving relationship,” says his mom. “I knew he wanted to be a father, and Camila is the first lady I’ve seen him with that I knew if it were ever going to happen, it would happen with her.”

For more on this story, including prospects for the couple’s marrying, and mother Kay’s plans for the baby’s arrival in June, pick up this week’s issue of PEOPLE, on newsstands Friday 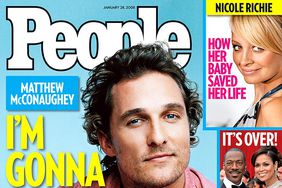 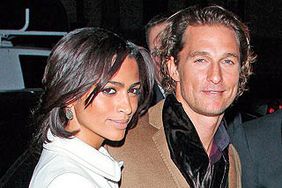 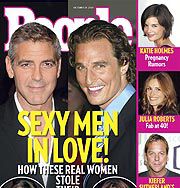