Britney Spears and mother Lynne’s Oct. 6 reunion took more than a little doing: As one source said, “Britney pretty much hated her mom for a long time,” PEOPLE reports in its latest cover story.

As the star’s life spiraled further out of control, her family in Kentwood, La., watched helplessly and worried for her safety. After a while, Lynne couldn’t even get a call through to her daughter. “They’ve wanted to see her,” says a family friend. “Any reluctance came from Britney.”

So it finally happened, with Lynne and Britney walking on Ramirez Canyon Road on a sunny afternoon in Malibu, not far from Britney’s home.

Lynne, 52, pushed her grandsons Preston, 2, and Jayden, 1 (who is now just walking for the first time), in a two-seat stroller, while Britney, 25, ambled alongside, wearing dark sunglasses. The whole thing lasted just a half-hour, but says one passerby: “They seemed to be trying to have some quality family time.”

For more secrets about the reunion, including how Lynne had to hunt for Britney, and the role played by little sister Jamie Lynn, pick up this week’s issue of PEOPLE, on newsstands Friday 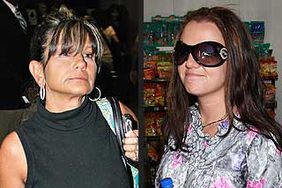 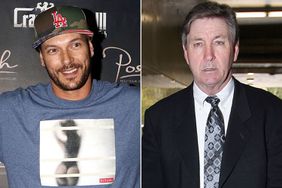