She is the actress formerly known as Courteney Cox. The “Friends” star, who wed actor David Arquette on June 12, has pulled a Farrah Fawcett-Majors and officially changed her name to Courteney Cox Arquette. “It’s for real. It’s on my Social Security card, everything. No hyphen,” she’s told “Entertainment Tonight.” “It feels like, wow, I’m changing my identity. It was scary. It feels good, like I’m really committed. It feels better than not doing it, and it made him happy.” Cox Arquette said she eventually plans to drop the Cox from her name. “The reason why is because it was really important for David — for me, too.” 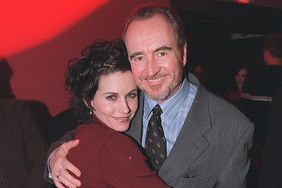