This will be baby No. 2 for the former NBC News correspondent and her husband

Ashleigh Banfield and her husband, businessman Howard Gould, are expecting their second child, the Court TV anchor has announced.

The couple met in 2002 while dog-walking near New York City’s Central Park (“The dogs became tangled, and we started talking,” Banfield told PEOPLE) and married two years later in the bride’s native Ontario.

The new baby is due in late spring. 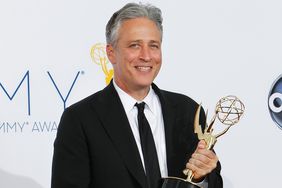