Bernie Mac, who for the past 30 years made the public laugh with an over-sized comic persona in film, television and comedy clubs, has died of pneumonia, PEOPLE has confirmed. He was 50.

“[He] passed away this morning from complications due to pneumonia in a Chicago area hospital,” his rep, Danica Smith, told PEOPLE. “No other details are available at this time. We ask that his family’s privacy continues to be respected.”

On Aug 1, Mac was admitted to a hospital at Northwestern Memorial hospital with pneumonia said his rep, adding that he was expected to recover, despite widespread rumors about the seriousness of his condition.

Born Bernard Jeffrey McCullough in Chicago, Mac began his career as a stand-up comedian in the small comedy clubs of his native town. As a founding member of the Kings of Comedy comedy tour – the success of which spawned Spike Lee’s 2000 concert movie The Original Kings of Comedy (also starring Steve Harvey, D.L. Hughley, Cedric the Entertainer) – Mac was able to spotlight what would become his rapid-fire delivery. This effectively launched him into the big time.

The Bernie Mac Show, which ran from 2001 to 2006, often poked fun of Mac’s own life and proved a favorite of both critics and audiences – receiving a prestigious Peabody Award, as well as honors from the Television Critics Association (for best individual achievement in comedy).

In addition, the program provided a popular platform for Mac to win consecutive NAACP Image Awards for outstanding actor in a comedy series, from 2003 to 2006.

Named top actor in a comedy series at the ’06 ceremony, Mac clutched his trophy and reverted to his standup character, declaring: “America, I heard your prayers, and you wanted me here. The Mac Man cometh, and I’m bringing hell with me.”

He scored on the big screen, too. Among his appearances were those in the comedy Guess Who (as Ashton Kutcher‘s imposing, prospective father-in-law); the Ocean’s 11 franchise; Bad Santa; Charlie’s Angels; and Pride, costarring Terrence Howard.

This spring, Mac wrapped the upcoming film Soul Men, a comedy costarring Samuel L. Jackson about a former singing duo staging a comeback. He is also set to appear in Old Dogs with John Travolta, Robin Williams and Matt Dillon.

Responding to news of Mac’s death, his Ocean’s cohort George Clooney, said, “The world just got a little less funny. He will be missed dearly.”

A man of many media, Mac published a 2001 collection of comic riffs, I Ain’t Scared of You and a 2006 memoir, Maybe You Never Cry Again.

In February 2005, Mac, then 47, revealed that for the previous two decades he had suffered from sarcoidosis, an autoimmune disease that causes inflammation in organs such as the lungs or lymph nodes. “It has not altered or limited my lifestyle,” he said at the time.

Since 1977, Mac was married to Rhonda McCullough, with whom he had a daughter, Je’Niece, born in 1978. A graduate of Xavier University of Louisiana (with a bachelors degree in psychology and a masters in mental health counseling), Je’Niece married in 2003 and also has a daughter, Jasmine. His family survives Mac.

In 2007, Mac told David Letterman on the Late Show that he intended to retire from standup comedy.

The years of hard work, Mac says, caused him to “miss out on so much, you know, and you live in all these hotels – I was on the road 47 weeks out of the year.” As the comedian told Letterman, “I want to enjoy my life a little bit.”

RELATED GALLERIES:
• PEOPLE pays respect to stars who have passed on with our tribute covers 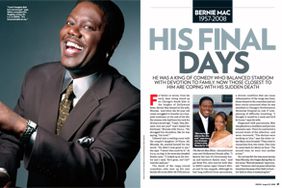 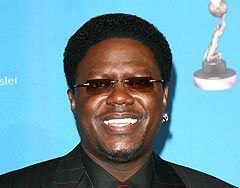 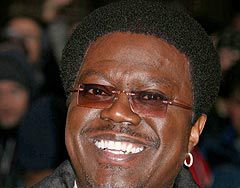 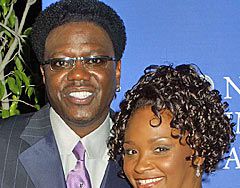 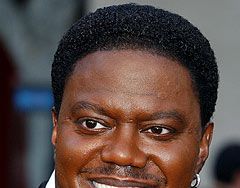 Bernie Mac Remembered for His 'Heart and Passion' 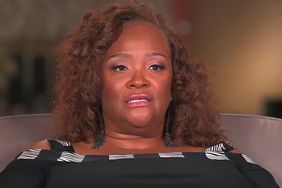 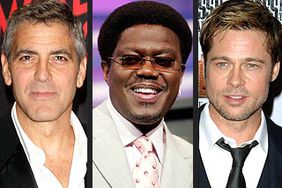