The pair, who met while filming the drama Evening, got married in France

Claire Danes and Hugh Dancy have gotten married, a rep for both actors confirms to PEOPLE.

Danes, 30, and Dancy, 34, tied the knot in a quiet ceremony in France a few weeks ago, according a source who attended the wedding.

The pair met while filming the movie Evening in Newport, R.I., and revealed their engagement in February.

PHOTOS: Surprise! We’re Married!
In April, Danes’s pal Mamie Gummer, who appeared with the pair in Evening, said the bride-to-be was very “calm” about her upcoming nuptials.

Gummer also told PEOPLE that the couple’s courtship was equally low-key, and that they bonded over games of Boggle and Scrabble on the movie set.

“I was there when it was happening and it’s something that I will never forget,” Gummer said at the Chanel and Tribeca Film Festival Artists’ Dinner in New York at the time. “I’m incredibly happy for them. They are perfect for each other.” 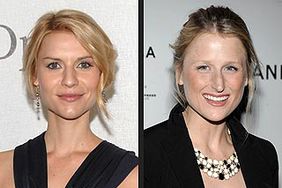 Pal: Claire Danes Is No Bridezilla