Cissy Houston on Bobbi Kristina: I Worry About Her

As the one-year anniversary approaches of her daughter Whitney Houston’s death on Feb. 11, 2012, Cissy Houston reveals for the first time how difficult it’s been for her granddaughter, Bobbi Kristina Brown.

“She’s not handling it good,” says the matriarch. “None of us are.”

“Of course I worry about her,” adds Houston. “Bobbi Kristina is 19, and if you know anything about a 19-year-old, they think they know it all. It doesn’t mean that she is going to follow her [mother’s] same path. She could but anybody could. I don’t want to jinx her. I’m trying to make sure she doesn’t.”

Houston, who’s written a very candid account of her daughter’s troubled life Remembering Whitney (Harper Collins) due out Jan. 28, admits that her daughter brought Bobbi Kristina along with her to rehab in 2005 for part of her treatment.

“I think Nippy (the family’s nickname for Whitney) wanted her to understand what she was struggling with,” she writes. “She wanted to explain it to her, maybe so Krissi wouldn’t wander down the same path herself when her time came.”

Still, Houston doesn’t hear from her granddaughter as often as she’d like.

“She’s a typical young girl,” she says. “Nobody calls their grandmother. [But] I’m here if she needs anything.”

As for her granddaughter’s future as a reality TV star, she’s fine with it, if it makes her happy. 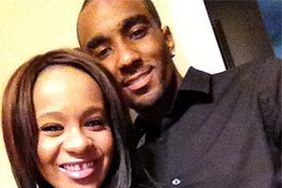 Bobbi Kristina Brown's Family Refuses to Give Up: 'We Sing to Her and Pray with Her,' Says Source