The secret’s officially out!

In an interview with Entertainment Tonight to promote the release of her new music video, Christina Milian finally confirmed her relationship with Lil Wayne.

When asked if she’s in love with the rapper, Milian said, “He’s very special to me, yeah,” with a smile. And although she’s not tuning out the faint ringing of wedding bells – “You never know, love does inspire beautiful things like that, right?” she asked with a laugh – for now the singer is just taking things one day at a time.

“I don’t put too much pressure on one thing, but I’m just living freely with him and we’re both very happy,” she said. “I feel like if you don’t put too much expectations and too much high hopes into things, everything will fall into place.”

RELATED VIDEO: Christina Milian Shows You How to Get ‘Turned Up’ in Boring Situations

She also revealed that “it’s safe to say” her new song "Rebel" is about the man in her life.

“This song for me is so passion-driven and it’s about my real life and I think that’s what the fans want,” Milian, 33, said. “There’s nothing better than that feeling of that new chemistry, when you’re so into someone you really could care less about what anybody else has to think.”

She continued: “I feel so inspired by the relationship that I’m in. It’s like that careless, hopeless-romantic love where it’s like, ‘Oh my gosh, I will do anything for you,’ it’s just incredible.”

The single, which will be her first since 2013, is part of an upcoming five-song EP. Milian, who hasn’t released an album since 2006’s So Amazin’, said the new EP will be about her “maturing and becoming a woman.”

Of course, her talented boyfriend will be making an appearance on the album.

“Actually, Wayne just texted me yesterday and said he’s gonna get on one of my songs,” she said. He’ll be featured on “Do It,” which Milian describes as having a “cool, laid-back, house party feel, like, circa ’90s Janet Jackson.”

Outside of her singing career, Milian is mother to daughter Violet Madison, 5, and has her own “docu-soap” on E!, Christina Milian Turned Up. 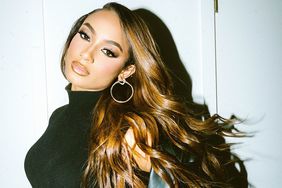 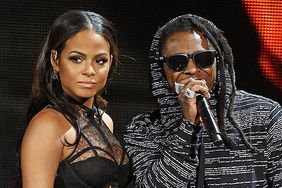