"It was the hardest thing we've ever gone through as a family," Chrissy's mom, Annette Turner, tells PEOPLE. "But Chrissy is a fighter."

Last fall, Chrissy Turner‘s parents picked her up at school in Centerville, Utah, with some devastating news: The 8-year-old had breast cancer and would need to have surgery as soon as possible.

“It was devastating,” Troy Turner, 43, a cancer survivor, tells PEOPLE. “How do you tell your kid that she has cancer?”

Chrissy burst into tears, but then told her parents that she would do whatever was necessary to get better. And now, the girl who wants to be a dragon rider when she grows up is in remission after making international headlines earlier this year as the youngest known person ever diagnosed with breast cancer.

Although she’ll now have to see a doctor for a breast scan every three months, “We’re hopeful that the worst is behind us,” Chrissy’s mom, Annette Turner, 43, tells PEOPLE. “She’s feeling better now and there are more smiles. Life is good.”

Last December, Chrissy underwent a mastectomy for a rare form of the disease – secretory breast carcinoma – afflicting one person in a million, usually adult women.

To read more about Chrissy Turner’s inspiring journey, pick up the latest issue of PEOPLE, on newsstands Friday

“It was the hardest thing we’ve ever gone through as a family,” says Annette. “But Chrissy is a fighter.”

It was last October when Chrissy came to her mom after putting on her pajamas and showed her a hard lump under her right nipple that was painful to touch.

“Mommy,” she asked her, “what’s this?” Although a pediatrician was dismissive of the abnormality and wanted to put Chrissy on antibiotics, Annette followed her instincts and insisted that her daughter have an ultrasound.

As a survivor of cervical cancer who had watched her husband, Troy Turner, an equipment specialist at Hill Air Force Base, go through treatment for non-Hodgkin’s lymphoma in 2008 (they’re both now cancer-free), she knew that a lump wasn’t something to take lightly.

“But it was shocking to hear that she had breast cancer,” Annette, a personal trainer and holistic life coach, tells PEOPLE. “What parent is prepared to hear that?”

After having her right breast removed on Dec. 7, Chrissy is now back to her usual routine of playing dragon games at school with friends and sitting patiently while her older sister paints her fingernails.

The Turners, who filed for bankruptcy to pay for Troy’s medical bills, now have a GoFundMe page for Chrissy that has brought in more than $90,000 so far.

“We are eternally grateful to everyone,” says Annette. “Everyone’s support helped us get through this. People have been phenomenal. We’ve been helping Chrissy through this, one hug at a time.” 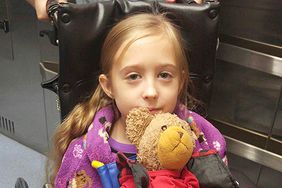 8-Year-Old Girl Diagnosed with Rare Breast Cancer Is Now Home for the Holidays, Recovering From Mastectomy: 'I Was Really Scared' 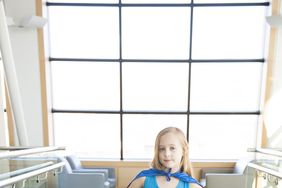 9-Year-Old Utah Girl Diagnosed with Breast Cancer Inspires Others: 'Be Aware of Your Body No Matter What Age You Are' 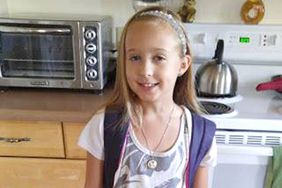 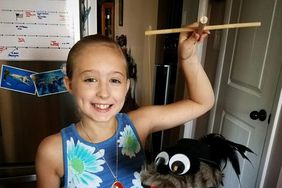 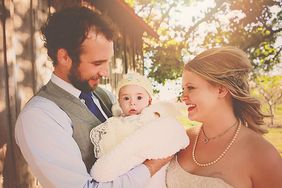