Nearly a year after Chris Rocksplit from wife Malaak Compton-Rock, the pair continue to hash out the details of their divorce in court – including whether the comedian should support a child who, Malaak says in a new statement to PEOPLE, was raised as their own for years and was “cherished and adored.”

In his original divorce filing on Dec. 23 of last year, Rock, 50, stated the couple have just two children. However, in Compton-Rock’s counterclaim filed this past April, she stated that in addition to their two children, there is a child “who has resided with the parties since before her first birthday.” (Reports have stated that the girl was born overseas.)

In a new statement to PEOPLE released by her lawyer, David Aronson of Aronson, Mayefsky & Sloan, Compton-Rock, 46, reiterates that the child is part of the family.

“Although Chris Rock is a celebrity, Malaak and the children are not. Protecting the privacy of her family remains of utmost importance to Malaak. She is saddened by recent tabloid media reports which are full of erroneous speculation and inaccuracies that are hurtful to three innocent young girls. While the adoption by Malaak is not yet finalized, it is actively in process under the rigorous guidelines and safeguards of international adoption policy. The child is in the country lawfully with the written consent of her birth parents, and while here, has been cherished and adored by the entire Rock family.”

According to court papers obtained by PEOPLE, the two sides squared off in a New Jersey court on Nov. 16. and the duo continue to dispute child support, alimony, equitable distribution, counsel fees, medical insurance and life insurance. The judge set a tentative trial date for next year.

Divorce papers confirm the pair who wed on Nov. 23, 1996 had a prenuptial agreement, but it is is no longer valid due to a “sunset clause” that essentially makes the document void after the couple is married for a certain number of years.

In his original filing Rock states that his estranged wife “has the ability to work and contribute to her own support, as well as the support and other financial needs of the children.”

However, in Compton-Rock’s counterclaim, she states that she and the children were “fully supported financially by the Plaintiff [Rock] throughout the marriage. Defendant, with Plaintiff’s support and encouragement, was a stay at home mother raising the parties’ children and otherwise devoted her time to charitable and philanthropic endeavors.”

She is requesting that Rock continue to support her and the kids “commensurate with the marital standard of living.”

A rep for Rock had no comment on Compton-Rock’s recent statement. 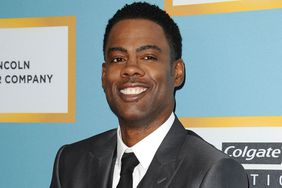 Did Chris Rock Really Cheat on His Now Ex-Wife with a Celebrity?

Chris Rock's Ex-Wife Malaak Compton-Rock Says Child at Center of Dispute Is in the U.S. Legally: 'The Welfare and Livelihood of This Child Has Always Been of Utmost Importance'

Chris Rock's Divorce Has Been Finalized 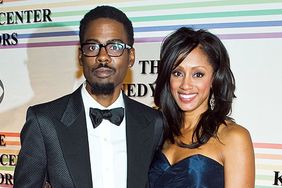