N.Y.C. Trader Gets Record Deal After Raising Money Playing Music for Homeless: 'It's About Connecting with People'

The 29-year-old – a musician in his spare time – was on the way home from a songwriting session in Brooklyn when a homeless woman stopped him, pointed to his guitar case and said, “This would be a lot easier if I had one of those.”

“I used to walk right by homeless people, I never talked to them or engaged with them, but for whatever reason I stopped and started talking to her,” Leamy, a Chicago, Illinois, native tells PEOPLE. “She said, ‘People who have a skill or a talent on the street tend to do a lot better.’ And that made sense to me.”

So, Leamy began befriending homeless men and women hanging out around Union Square in Manhattan – asking if he could sit next to them and jam on his guitar. He gave the money passersby dropped in his case to the person sitting next to him.

“I’ve been told that the average homeless person in New York makes between 20 and 80 cents a day panhandling,” he says. “When I played, we would make like $15 or $30, it isn’t much, but it’s a way to help out in the little way I could. And of course, it’s about raising money for them and about connecting with people you might not have gotten to know otherwise.”

And the street sessions, which Leamy dubs #HePlaysForMe, quickly went viral. After catching wind of the social movement last year, Sony RED, an independent distribution company, signed the artist to their label.

“I want to humanize the homeless population.”

Leamy has met some of his closest friends through #HePlaysForMe – including 50-year-old Hassan Ali, who claims a spot at the corner of 14th street and University Place, near Union Square.

“I used to live in New Jersey, but I lost my brother and moved to the city where I’ve lived on the streets for about a year. It’s a struggle, nobody cares” Ali tells PEOPLE. “Except Chris.”

Leamy met Ali six months ago after approaching him and asking if he could play music next to him as a part of #HePlaysForMe.

“Most people walk by and don’t really care, you know?” says Ali. “But Chris talks to me, I tell him about my personal issues and he asks me if I’m okay and if I can assist him with anything.

“People tend to shy away, but not Chris.”

Three blocks away, 21-year-old David Holdfelder says he wishes “there were more people like Chris” in the world.

“Yeah, he makes it easier to make money, but he made me feel more like a human being,” Holdfelder, who has been living on the streets for four months, tells PEOPLE. “He gets people to understand that we’re not all bad people.”

He adds, “The movement… it’s really good because at the end of the day, it helps people and it opens up people’s eyes that are afraid to interact with a homeless person or to build a relationship. We’re still human, even though we don’t have as much as everyone else.”

Leamy – who also raised over $7,000 for New York homeless shelters by starting a donation competition through #HePlaysForMe – plays regular gigs at Rockwood Music Hall and Webster Hall. He says #HePlaysForMe has changed his life, reminding him that kindness and humility are necessary in a city that can get over-competitive and materialistic.

“It’s so easy to get caught up in the rat race of New York City,” he says. “This movement keeps me grounded.

“You can tell he’s a great songwriter and he understands music,” Blatchley tells PEOPLE. “And the #HePlaysForMe movement, we are blown away by it. We took a look at that and we thought that was so cool.

Blatchley and his partner Bryan Hubert generally sign hip-hop artists, but they decided to take a chance on Leamy after hearing his “acoustic, singer-songwriter style” last year. Andre Fennell, a writer/producer who works closely with reggae fusion singer Shaggy, introduced the Sony producers to Leamy, who had collaborated with both artists in the past.

“He’s great, and then we heard that he was playing for homeless people and I’ve been working for RED for seven years and man, this story really stuck with me,” he says. “The unselfish way he uses his musical gift to directly help people.”

Adds Blatchley, “Music helps all of us and using music to directly raise money for someone sitting in the street – it’s a great thing. For him, it’s not about selling records it’s about inspiring people through music.”

Leamy’s new EP, American Man was released by Sony RED on September 16 and is now available on Spotify.

“It incorporates a lot of the themes that I’ve encountered through #HePlaysForMe,” says Leamy. “And all of my portion of the proceeds will go to a homeless shelter in New York.”

The budding artist says he hopes others will take note of his social movement – and spread the kindness.

“It takes so little to make someone day, it absolutely blows my mind,” says Leamy. “Playing a couple of tunes for him can have so much impact.” 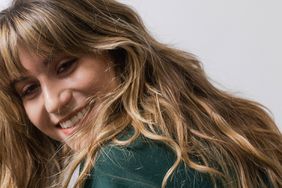 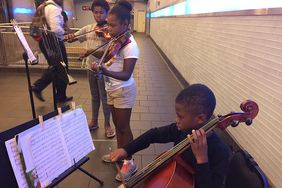 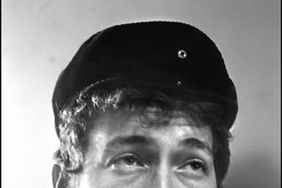 Bob Dylan's 80th Birthday: Celebrate with These Rare Photographs from the 1960s by Ted Russell

'i Never Imagined That I'd Be Homeless' 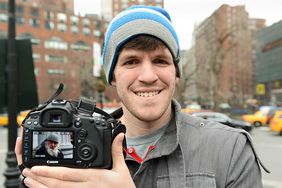 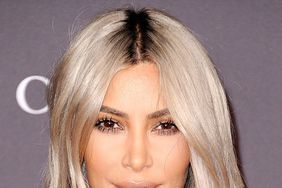 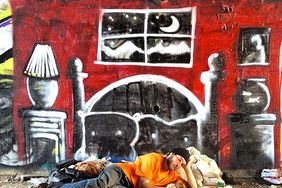 Graffiti Artist Humanizes the Homeless by Painting Their Dreams 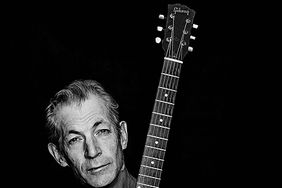 From Homeless to Music Stardom: Doug Seegers on His 'Roller Coaster' Life 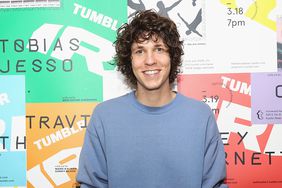