"He is doing fantastic and is optimistic about his future," says the actor's rep

Following his second DUI arrest, actor Chris Klein voluntarily checked into a treatment facility, and after more than 30 days, has decided to extend his stay, according to his rep.

“Chris, along with his support team, has decided to extend his treatment. He is doing fantastic and is optimistic about his future. He thanks everyone for their continued support,” his rep Jaime Primak tells PEOPLE.

While the duration of Klein’s treatment is unknown, he will remain at the Cirque Lodge in Utah, where he has been since June 21.

The American Pie actor, 31, was arrested for his second DUI on June 16 in Los Angeles, when he was pulled over by the California Highway Patrol after being seen weaving westbound on the Hollywood Freeway. Law enforcement sources said his blood alcohol level was nearly three times the legal limit of .08. He has a mandatory court appearance on Aug. 23. 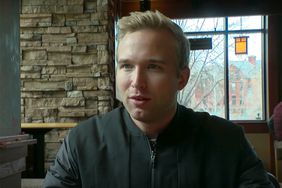