The former Saturday Night Live cast member, 37, started dating Tutt, 31, in the spring of 2005 after meeting her at a birthday party. He proposed on Christmas Eve 2006 at her grandparents’ home in Gainesville, Texas.

“Originally I was going to do something very special,” Kattan told PEOPLE about the engagement. “I tried to get Bono of U2 to serenade her. That didn’t happen. Then I asked Justin Timberlake. No answer. After hundreds of phone calls and text messages, I finally ended up asking one of the members of the Hanson group. He didn’t want to get involved.”

Instead, Kattan surprised Tutt by wrapping the engagement ring in a cheap box. 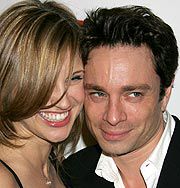 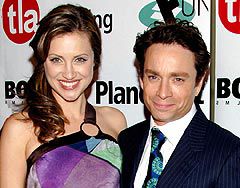