If convicted, the R&B singer faces up to four years and eight months in prison

Chris Brown has to face the music.

The L.A. District Attorney’s office announced Thursday that the R&B star was being charged with two felonies – assault and making criminal threats – in the alleged beating of his girlfriend Rihanna last month. Even though the couple seem to have reconciled, the case is proceeding.

Brown is expected to enter a plea in court Thursday. He is required to appear in person.

The formal charges come almost a month after the couple argued early the morning of Feb. 8, just hours before Rihanna, 21, and Brown, 19, were both scheduled to perform at the Grammys. Police notes from the scene, which FOX 11 in L.A. claims it obtained, reportedly say Brown punched, bloodied and threatened to kill his girlfriend.

Later that day, Brown turned himself in to police and was booked for making criminal threats, a felony.

As police began two investigations – one into the alleged battery and the other an internal probe into the leak of a shocking photo of an injured Rihanna – the pair went their own ways. But the separation was short-lived.

Confounding Rihanna’s family, the pair reunited in Miami Beach the weekend of Feb. 28, spending time at the Star Island mansion of Sean “Diddy” Combs. A source close to the couple told PEOPLE that the couple was “definitely together” and working on a reconciliation.

Early Monday, they returned on the same private plane to Los Angeles. 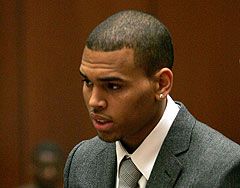 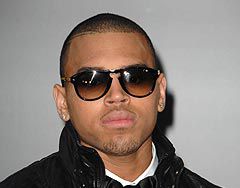 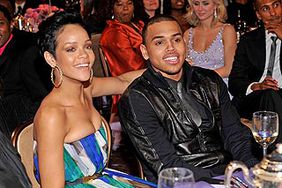 Rihanna and Chris Brown Are Back Together 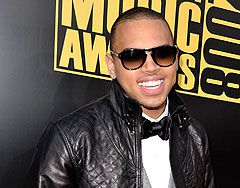 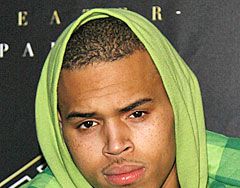