There’s no room at the inn — or, actually, at Pennsylvania’s Westmoreland County Fairgrounds — for the Red Hot Chili Peppers. Their Aug. 5 concert, which is planned for a pay-per-view broadcast, may need a new venue now that William Ober, a judge who owns 131 acres near the concert site, said that he fears what the crowd of 40,000 fans might do to the rural area. Sponsors of the concert, the Rolling Rock beer people, have already employed security and discussed crowd control with the sheriff, reports the Associated Press. A spokesman for Rolling Rock emphasized that the guards intend to prevent the crowd from trespassing on the judge’s land.

Are the Stars Out Tonight? No. Crime Has Scared Hollywood into Hiding—and Arming

Anatomy of a Hate Campaign 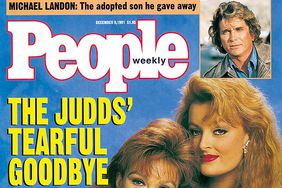