The Dixie Chicks picked up four Country Music Association awards in an event broadcast from Nashville last night. In addition to the highly sought entertainer of the year award, the Chicks won for vocal group, their album “Fly” and their music video “Goodbye Earl.” Lee Ann Womack grabbed two awards for her hit song, “I Hope You Dance,” including song of the year. The George Strait-Alan Jackson duet, “Murder on Music Row,” which is basically a dig at country’s current leanings toward pop, picked up the prize for best vocal collaboration. “I don’t know how seriously this song was written, but it was (recorded) as kind of a joke,” said Strait. Married duo Tim McGraw and Faith Hill took home the best male and the best female vocalist awards — making history by being the first husband and wife to win the awards in the same year. “I feel so alone,” Hill said during her turn at the podium. “My husband’s not out here. I don’t know who to hug. Can I hug somebody?” Ever obligingly, McGraw gestured a hug from the audience. 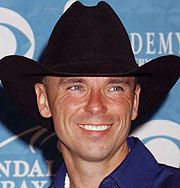