The nearly inseparable couple have ended their relationship

After starting a romance in 2013, Charlize Theron and Sean Penn have split, an insider confirms to PEOPLE.

Nearly inseparable since getting together, often spending time with Theron’s 3-year-old son, Jackson, the couple were last seen looking stunning on the Cannes red carpet in May.

But in recent weeks, the couple weren’t spotted together at all. According to sources, they stayed under separate roofs: Theron and son Jackson remained at their Hollywood home and Penn at his Malibu mansion, which he had put up for sale but recently pulled off the market. They backed out of at least one scheduled event together before Theron headed to London to film The Huntsman.

Reps for the stars haven’t commented on the split.

When not promoting her film Mad Max, Theron, 39, and Penn, 54, spent time away from the spotlight, enjoying family time with Jackson on the French Riviera.

Penn was spotted solo in the Brentwood section of Los Angeles Tuesday, purchasing magazines and cigarettes from a local newsstand.

Just last month Theron raved about her partner to British Elle, calling Penn the “love of my life.”

“Putting aside that he’s my partner, he’s the love of my life; for the first time, I felt that my work was really bleeding into my life, and that made it hard,” she told the magazine.

Rumors of a romance first began in 2010 when the duo were first photographed spending the New Year together in Hawaii. 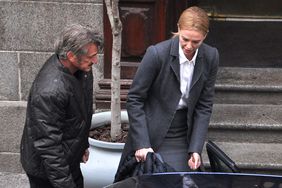 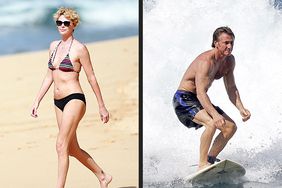 Charlize Theron and Sean Penn: Are They a New Couple? 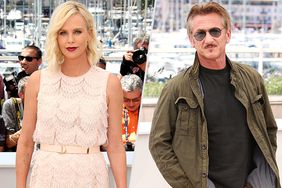