Before he fell for Rachel Oberlin and Natalie Kenly, meet the women – Kelly Preston! Stephanie Seymour! Denise Richards! – who held the key to Sheen's heart

Dated in: 1990
The short-lived romance between Preston and Sheen, which saw the couple get engaged, was marked by a bizarre incident in which Preston was accidentally shot by a loaded gun Sheen left in the pocket of his pants on a bathroom floor. Shortly after their split in March, Preston went on to wed John Travolta.

Dated from: 1990 – 1995
After splitting with Preston, Sheen moved on with adult film actress Allen, whom he dated on-and-off for five years. "When Charlie's sober, he's sweet, kind, loving, generous," she told PEOPLE. "When he's drinking and using, he's out of control."

Dated in: 1992
The stunning supermodel was romanced by Sheen in the midst of her two-year relationship with Guns N' Roses frontman Axl Rose. "We're madly in love and very happy together," Sheen gushed in June 1992, a year before Seymour and Rose officially called it quits.

Dated from: 1991 – 1993
When Hollywood's madam to the stars was brought down for tax evasion in 1995, Sheen served as the star witness in her trial, admitting he had spent $53,000 on 11 of Fleiss's prostitutes. For her part, Fleiss praised Sheen to Vanity Fair, saying, "Charlie was a gentleman. [At his parties,] he'd pay for all his friends."

Dated in: 1996
The tumultuous relationship between Sheen and Ashland ended in a June 1997 courtroom when Sheen pleaded no contest to charges of battery, with Ashland accusing her ex of throwing her onto the kitchen floor of his San Fernando Valley home and splitting her lip during a December 1996 argument. "I hope that for his good and everybody else's, he decides to change his behavior," Ashland told the court through attorney Gloria Allred.

Reports of Sheen relapsing and making chilling death threats led to wife Richards, who was pregnant with Sheen's child, filing for divorce in 2005.

Married from: 2008 – present, divorce pending
Sheen and real estate investor Mueller made it official on May 30, 2008, tying the knot in an intimate L.A. ceremony, and becoming a family a year later with the birth of their twin boys. But on Christmas Day 2009, the Two and a Half Men star was arrested for domestic violence, and soon checked himself into rehab alongside his wife. Though Mueller said she hoped to save their marriage, the couple ultimately filed for divorce in November 2010 after months of living apart. 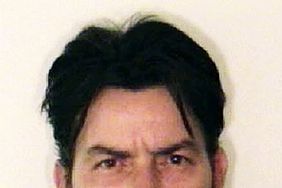 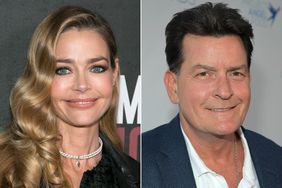