Charlie Sheen is addressing his ex-wife Brooke Mueller‘s recent ordeal with a poem.

“In the face of a roughshod and polar moment of unsanctioned divide, sanity and certainty were restored with grace and resolve,” the actor’s exclusive statement to PEOPLE began.

“Immeasurable gratitude and love to a fellow yeoman of the apocalypse; sir Michael from that hamlet called Walters, need accept each and every Crimson palm-sting, as high fives rain upon his bitchen nobility, not just from this traveler, but from his safe and stable brood as well …,” wrote the 51-year-old.

Early Wednesady the Utah Department of Public Safety announced that the family of three were reported missing. According to TMZ, Sheen’s ex, while barefoot, took their their twin boys Bob and Max, 7, to a Salt Lake City bar Tuesday night.

While in the bar, Mueller, 39, and the nanny got into an altercation, causing someone to call the police. She bolted before authorities could speak with her. She has since been found and hospitalized and a source told PEOPLE that “the boys are fine and with their nanny” after “Brooke went off of her medications.”

Sheen and Mueller wed in 2008 and filed separate divorce petitions in 2010. The actress has struggled for years with substance abuse and mental health issues. 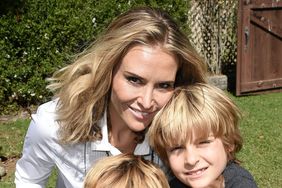 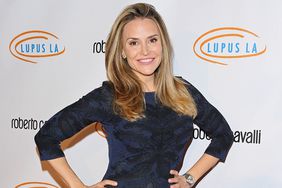 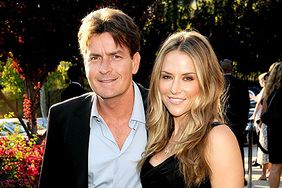 Charlie Sheen and Brooke Mueller Not Seeking a Divorce

Brooke Mueller Is 'Getting Along Fantastically' with Ex Charlie Sheen, She Says