Prince Charles a dancing fool? That was the impression he gave yesterday in Argentina, where he is on a diplomatic tour. His Majesty was grabbed on the dancefloor by a leggy 33-year-old beauty who engaged him in a red-hot tango, reports Britain’s Sun. Then another beauty grabbed him, and he did a second tango. Said the Sun: “British pundits who reviewed his performance, seen on TV, agreed: ‘He can be very sexy.'” Charles’ cheek-to-cheek partners were sultry dancer Adreanan Vesile, who exposed a shapely leg that she rested on his waist, and Argentinean President Carlos Menem’s stunning daughter Zulemita, 26, who got a hug and a kiss from Charles afterward. “The tango is a very passionate dance, and there is a lot of touching,” said Vesile after the dance. “He seems to be a very passionate man. He said he enjoyed himself.” 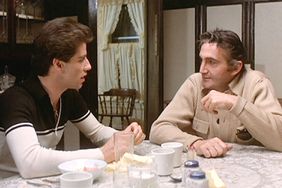