Celine Dion, 32, and her husband-manager, Ren Angelil, 26 years her senior, are the proud parents of a baby boy, Rene-Charles. The baby, which was due on Valentine’s Day, was born early Thursday morning in Palm Beach, Fla., where the pop diva has a home. Dion’s press secretary, Francine Chaloult, said that both mother and baby, which weighs six pounds and three ounces, “are doing just great and are in perfect health.” Claude Lemay, Dion’s musical director, said he spoke briefly to Angelil, who described his newborn son as a “beautiful baby.” “You could hear the joy in his voice,” Lemay told Radio-Canada’s all-news channel, RDI. Angelil and one of Dion’s sisters, Linda, were said to be at the birth. Dion and Angelil, married since 1994, had been trying to conceive throughout their marriage, they told PEOPLE for a cover story last June. “I waited forever for this moment,” she told the magazine. “It’s like our little miracle has finally happened.” Dion and Angelil credited Manhattan fertility specialist Dr. Zev Rosenwaks with Dion’s in vitro fertilization procedure. Last month, Dion said in a televised interview that she had a second embryo stored at a New York fertility clinic and said she hoped to give her soon-to-be-born son a “twin.” The star has been on an extended leave of absence from her singing career to spend time with her husband, who is reportedly in remission after a bout of cancer in his neck, first diagnosed in March of 1999. Dion has said she could take up to four years before returning to show business but said she might record another album in English and in French in a year or so. 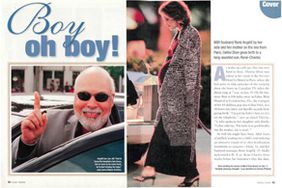 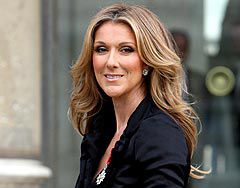 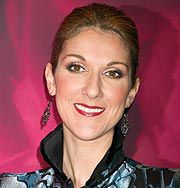 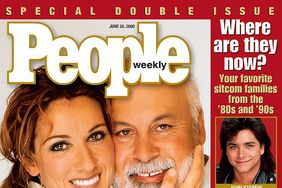