The actress told PEOPLE it makes her "panic" when fans approach her for a photo when she's out with her young kids.

“I feel really uncomfortable,” she said. “They’re still at that tender age where they don’t understand why a stranger is coming over and touching their mother. Like there’s no sense of like, you know, boundaries.”

"Usually, before that I was OK,” she said. “If I felt like it I would do it. If the environment dictated for that, it was OK, I would do it. And sometimes I would just say no because I have every right to. What I don’t like is when they do it on Instagram Live or Snapchat. If it’s a picture for yourself, then you decide whatever you want to do, it’s OK.”

Turns out the world's reigning selfie queen isn't really into taking snaps of herself anymore. At least that's what she dramatically declared in June 2018 in an interview with ITV's This Morning. "I don't take selfies anymore. I don’t really like them. I just it’s not all about sitting there taking selfies, I just like to live there in real life, I don’t mind pictures but I’m just not on my phone like I used to be," she said. Four days later, however, Kardashian West posted a mirror selfie in her bra and underwear.

"If you look at my [Instagram] page, 90 percent of the photos are not of myself, and that's not being on a high horse about that, but it's just that I don't find just selfies very interesting," the actress told Teen Vogue. "I like to show the world through my eyes, and show some of my photography off and show who I am."

"If I go out and want to do normal things, I have to be comfortable disappointing people," the Guardians of the Galaxy Vol. 2 star said, opening up to Cigar Aficionado about his aversion to selfies. "So I just don't take pictures with people. Because that's not about enjoying the moment; it's about stealing the moment to brag about later."

For the Beauty and the Beast actress, selfies with fans are a no-no — but for a reason you might not be thinking of. "For me, it's the difference between being able to have a life or not," Watson told Vanity Fair. "If someone takes a photograph of me and posts it, within two seconds they've created a marker of exactly where I am within 10 meters. They can see what I'm wearing and who I'm with. I just can't give that tracking data."

There are few comedy fans who wouldn't kill for a pic with the famed funnywoman. But don't get your hopes up: Poehler told Paper magazine that "the amount of Instagram selfies is out-of-control." As a celeb who values some solitude every once in a while, she says she can't get behind the in-your-face nature of selfies: "The idea of, 'This is my face and everyone needs to see it all the time,' is so far from the privacy that people used to seek."

"If you happen to see me out somewhere know that I'm not gonna take a picture," Bieber once exclaimed on Instagram. "I'm done taking pictures. It has gotten to the point that people won't even say hi to me or recognize me as a human, I feel like a zoo animal, and I wanna be able to keep my sanity."

Lawrence has refused to take selfies with fans, as she shared during an interview — noting that some people feel they have the right to ask for a photo due to the nature of her "weird job," but says she's firm for the sake of her mental health. She elaborated in a Q&A with CNN: "Sometimes I'm nice, sometimes I'm in a bad mood. Like, if I'm at dinner and I'm eating and somebody wants me to stand up and take a picture, knowing that I don't have to say yes and I can say no — that's actually helped with my anxiety." She continued: "It is hard because you don't want to feel rude, but at the same time, I have to defend my life and my mental wellness."

Don't expect the A-list actress to pop into the next Oscar selfie. When she was asked about her front-facing camera on the Empire Awards red carpet back in 2014, viewers got an earful. She called them "taking narcissism to the extreme" and said she "wouldn't dream of taking a selfie — with anyone."

In the news that crushed our dreams of scoring a #nofilter photo opp with a prince, Harry admitted he hates selfies while chatting with well-wishers during his Australian royal tour. "Seriously, you need to get out of it," he told his teenage admirers. "I know you're young, but selfies are bad."

Well, this is surprising: The ever-candid star revealed she gets uncomfortable when fans ask to take pics with her. "I get embarrassed to take pictures. That's actually the truth," said Cyrus. "I'm so embarrassed, because people are taking pictures of me, and I just don't know how to — I don’t know how to smile."

She's reigned over Vogue for nearly three decades, and in that time, Wintour has become one of the most recognizable figures in fashion. However, even if you happen to get close enough to her infamous blonde bob to snap a selfie, don't get your Instagram following's hopes up. When a Vogue videographer asked the editor 73 questions in a video for the magazine's website, she told him that she's "never taken a selfie, and doesn't plan to start now."

"I still don't feel like I owe anyone anything," the Game of Thrones said in an interview with Nylon. "I don't have a problem saying no. I know some people get really weird about that, like, 'You're so mean.' But if I was really in love with someone, I wouldn't just want a picture. I would want to hang out with them." 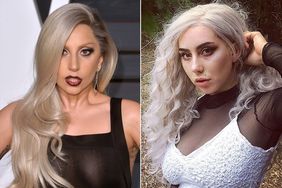 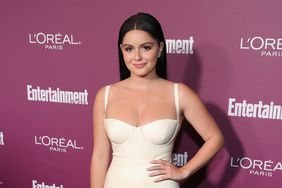 Everything Ariel Winter Has Said About Loving Her Body