Kevin Hart Once Gave Tiffany Haddish Money When She Was Homeless, Plus More Sweet Stories of Stars Helping Other Stars

Get ready to feel inspired

"I knew about it a lot before that [Vogue] article came out," said Lakshmi, who co-founded the Endometriosis Foundation of America after struggling from the disease herself.

The Top Chef host added that she served as a shoulder to lean on for Dunham when the Girls star was looking for a doctor to perform her hysterectomy. "I was on the phone with her, you know, when it happened I recommended the doctor that she did that with," Lakshmi shared.

The actress told BBC 5 that the late actor once took a pay cut when she found out she was making less than her male costars. "Emma Stone once came forward and said she got equal pay, because her male stars insisted upon it and gave up something of theirs. That happened to me with Paul Newman at one point, when I did a film with him ages ago," she said, likely referring to the 1998 film Twilight also starring Gene Hackman.

She continued, "They said it was ‘favored nations,’ but they only meant the two guys. He stepped forward and said, ‘Well I’ll give you part of mine,’ So, yeah, he was a gem.”

... and it all goes back to The Cosby Show's Phylicia Rashad. As a student at Howard University, the future Black Panther star applied to and was subsequently accepted to a prestigious summer program, along with a few of his peers, at Oxford to study theater. The only problem? He wasn't able to afford it, so Rashad, who was teaching at Howard at the time, stepped in. "She pushed for us," Boseman told Rolling Stone in 2018. "She essentially got some celebrity friends to pay for us to go."

Though he was initially mum about which one of Rashad's celebrity friends paid for Boseman, the actor ultimately revealed it was Washington. "After we got back, we got a benefactor letter," Boseman recalled. "Denzel paid for me."

On the 2018 Oscars red carpet, the Black Panther actor told ABC's Michael Strahan he had recently thanked Washington in person. “It was a fun conversation. The first thing he said was, ‘You owe me money! I came to collect!’ ” Boseman recalled. “It was so deep, I can’t even go into it right now. We sort of just talked about what’s been happening, what’s about to happen.”

KEVIN HART ONCE GAVE TIFFANY HADDISH MONEY WHEN SHE WAS HOMELESS

The Girls Trip actress, who stars alongside Hart in the upcoming film Night School, shared that the comedian lent her money back when she was homeless and living out of her car in a new interview with Vanity Fair.

"He had like this long discussion with me, you know?” Haddish, who was performing with Hart in a sketch comedy show called Comedy Playground at the time, told the magazine. “Basically like, ‘You’re a beautiful woman. You could stay with any man. Why don’t you just stay with a man, like?’ And I was also like, ‘I’m not sleeping with nobody for a roof over my head. I’m just not that type of person.’ And Kevin was like, ‘Oh, that’s real commendable, look at your homeless ass.’ ”

The actor lent her $300 to get a motel room and suggested she write down her goals and start working towards achieving them. “I’m just like, ‘Wow. Full circle,’ ” she said. “When he sees me, he says he’s so proud of me and stuff. And he’s always giving me the best advice. And I try to listen to him. Sometimes I don’t. And then I’ll be like, ‘Dang, I should’ve listened.’ ”

Don't worry though — Haddish hilariously paid the comedian back during an interview in July 2018.

The "Wolves" singer shocked fans in September 2017 by announcing that, due to lupus complications, she'd received a kidney transplant from her best friend Raisa over the summer.

“My kidneys were just done,” Gomez told Savannah Guthrie during a joint Today interview. “That was it, and I didn’t want to ask a single person in my life. The thought of asking someone to do that was really difficult for me. She volunteered and did it. And let alone someone wanting to volunteer, it is incredibly difficult to find a match. The fact that she was a match, I mean that’s unbelievable. That’s not real.”

Speaking at the 2018 Sundance Film Festival, Spencer revealed that her The Help costar helped her get five times her salary for their upcoming movie together. During the actresses' conversation about equal pay, Spencer told Chastain women of color make far less than white women. "I told her my story, and we talked numbers, and she was quiet, and she said she had no idea that that's what it was like for women of color," Spencer recalled.

Spencer got emotional and began to cry as she told the story — she called her outpouring “happy tears.”

“I love that woman, because she’s walking the walk and she’s actually talking the talk,” Spencer gushed of Chastain. “She said, ‘Octavia we’re gonna get you paid on this film. You and I are gonna be tied together. We’re gonna be favored nations, and we’re gonna make the same thing.’ Fast forward to last week, we’re making five times what we asked for.”

The Swedish actress revealed to Vogue that Moore once defended her on the set of 2014's Seventh Son. Vikander said that a powerful man on set made a crude joke at her expense and Moore shut him down.

“I was really embarrassed, and I would have just laughed it off,” Vikander recalled. “But Julianne turned to him and said, ‘If you ever do that again, I’m walking out of here and I’m not coming back.’ She was just, like, ‘Don’t you f—ing say that again.’ It showed me that she had the power. And that meant so much to me.”

"Ed Sheeran slept on my couch for six weeks before he was famous," Foxx recalled during an appearance on The Graham Norton Show. "I was doing a radio show in L.A. and he knew that we do music so he came to my radio show." The "Thinking Out Loud" crooner then asked Foxx if he would listen to some of his music. The Oscar winner did, referring to the performer as "incredible."

"I said, 'Listen, I know you don't have anywhere to go, just chill here,' " he continued. "I was giving him food and my daughter was like, 'Who do you have over here now?' "

While the Tropic Thunder costars were filming promos for the 2010 MTV Movie Awards in L.A., the SNL alum recieved news that someone tried to set off a car bomb in New York City, where then-wife Maggie and their daughter Hannah were based at the time. Upon hearing the news, the comedian had "a full-on panic attack," prompting Cruise to ask him what was wrong.

Hader explained the situation, adding that his flight back home wasn't for another two days. "He thinks for a second. 'No,' he says. 'We'll get you home tonight.' And in that moment, Tom Cruise, as [his Tropic Thunder character] Les Grossman, in a karate gi, began to direct all my coverage," Hader recalled. "All my footage, all my close-ups. Boom! We do three perfect takes. Boom, boom, boom. Everyone's chest-butting each other, some people are chest-butting themselves, people are going insane."

Cruise's then-wife Katie Holmes gave Hader an envelope with his new flight info. "You're on the red eye tonight," she told him. "I'm like, 'What?!'" Hader said.

Trainor has Moretz to thank for her relationship with now-fiancé Daryl Sabara, who's best known for his role in the Spy Kids film franchise. "I asked every person I met since day one, 'Find me a boyfriend!' Like, especially new friends too," the "Better" songstress tells Chelsea Handler on her eponymous Netflix show. "Chloë Grace Moretz is a friend of mine, and day one of meeting her, I was like, 'You know anybody that I could date? Or love? Whatever,'" Trainor recalled. "And she's like, 'I know the nicest guy in the world, Daryl, and you should meet him.' I was like, 'Daryl? Okay.'"

TAYLOR SWIFT DONATED MONEY TO KESHA AFTER JUDGE RULED SHE MUST CONTINUE WORKING WITH DR. LUKE

Back in February 2016, Swift gave a quarter-million dollars to Kesha to help with the star's legal case as she fought to get out of a recording contract with famed producer Dr. Luke, whom she accuses of sexually assaulting her.

"In a show of support, Taylor Swift has donated $250,000 to Kesha to help with any of her financial needs during this trying time," a rep told PEOPLE at the time.

That same month, a judge denied her request for release from a recording contract with Sony and Dr. Luke – ordering that she must record six more albums with Dr. Luke's Kemosabe Records. 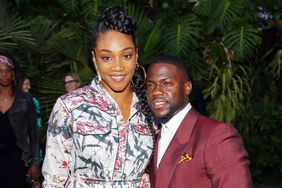