With last night’s celebrity version of “Who Wants to Be a Millionaire” blacked out in several areas (thanks to a skirmish between Disney-owned ABC and cable supplier Time Warner, which is the parent company of PEOPLE), an estimated 3.5 million viewers were deprived of last night’s show. In a nutshell, here’s what happened: Kathie Lee Gifford won $32,000 — with the help of some fellow celebs. Asked a question about poker, Gifford heard Dana Carvey ask Rosie O’Donnell, “Hey, didn’t you just go to the bathroom?” “Yes, I did,” Rosie responded. (The correct answer was “flush.”) David Duchovny walked away $500,000 richer. Asked what Italian city houses the Duomo, he called his lifeline, wife Tea Leoni. Her answer: “Oh, honey, you are SO screwed.” (Duchovny correctly guessed Florence.) Dana Carvey (now at the $32,000 level) was the final contestant. He’ll be back tonight. 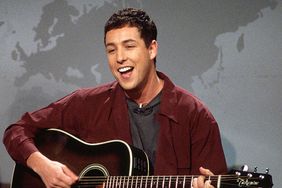