Learn the stories behind the uncommon middle names of celebrities like Kendall Jenner, Kate Hudson and Tina Fey

We know it's been on your calendar all year and that you've likely been counting down to Middle Name Appreciation Day on March 10. But that mostly unspoken name is with you year-round, so why wait to celebrate something that doesn't get much love or notoriety unless you're filling out a DMV form or if you're in trouble with your mother.

As we proudly recognize the name responsible for the middle initial in our respective monograms, we honor those celebrities whose parents got very creative with the middle-naming process, some who went so far as to give their child just about every name they could think of — we're looking at you, Kiefer Sutherland.

So go ahead, tell your friends and co-workers what that underrepresented name is (unless you were born without a middle name, and in that case, choose one of the many below).

The name Nicole is beautiful and common. No red flags there until you find out that Jenner is named after Nicole Brown Simpson. A year and a half after the June 13, 1994, murder of O.J. Simpson's ex-wife, future model and Kardashian sister Kendall Jenner was born to Kris and Caitlyn Jenner. Nicole Simpson was "a very special friend," Kris told PEOPLE in 1996. Kris's ex-husband Robert Kardashian was O.J.'s friend and defense attorney during the murder trial. A whole lot of weird stuff going on there.

When it comes to making up your name (John was born Reginald Kenneth Dwight), the sky is the limit. So choosing the middle name of the Greek hero and son of Zeus isn't so ridiculous, right? Turns out, that's not where John's head was at all. According to The Biography Channel, he chose Hercules because it was the name of the horse in the British sitcom Steptoe and Son. Oh.

Stereotypically "guy" names for gals are usually very sexy. Taylor, Brooklyn, Jordan, etc. But Garry? Not typically one of them. Hudson explained that her mom decided on the unconventional middle name after her Uncle Garry passed away just before she was born. "I like how androgynous it is," Hudson told The Daily Telegraph. "It did actually end up suiting my personality." Also, when you are as beautiful as Hudson, any name is pretty sexy.

Ever heard of Elizabeth Fey? Neither have we. But if the comedian hadn't decided to borrow the "Tina" part of her middle name, we would all be talking about how hilarious and wonderful Elizabeth Fey is. Hard to imagine, though it does possibly explain how Liz Lemon got her name on 30 Rock.

There is not a lot of information on Ciara's middle moniker, but with a name like that, do you need to explain? No! You are royalty. This middle name is great for when you tell a guy to "treat you like a princess" because, after all, it is your name.

Some people give a nod to those they admire by writing a thank-you note, Liking a post on Facebook or just saying a quick "Hey, I think you're great!" But Sutherland's parents named him after all the folks they adored — hence, a whole lot of middle monikers. Named after his grandfather, his dad's best friend and a writer — Sutherland was gifted so many names even he doesn't know every reason.

Thurman's middle name Karuna (which means compassion in Buddhism), is topped only by her youngest daughter's name: Rosalind Arusha Arkadina Altalune Florence Thurman-Busson. Have Thurman and Sutherland's dad been talking?

"Hey Martin, why do you have to be such a hater?" is something we imagine he heard a lot growing up. The middle name was bestowed on behalf of his mother's maiden name. Not much to hate on about that.

Grant's middle names went mostly under the radar until the 2011 phone-hacking scandal when he was forced to use his full moniker in court during testimony: Hugh John Mungo Grant. There are many wonderful things about this. First of all, the name Hugh John Grant is just so normal; finding out he also has the untraditional name "Mungo" in it is very thrilling. And secondly, it's an incredibly fun word to say. Try it. 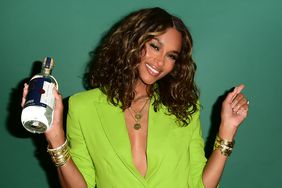 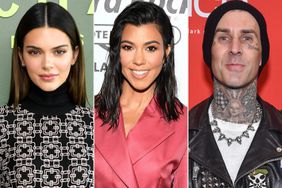