Who They're Linked To: Eva Amurri

The blogger has a lot to be thankful for! Amurri celebrated Thanksgiving (in adorable matching PJs) alongside her chef boyfriend as well as ex-husband Martino and their three kids: daughter Marlowe Mae, 7, and sons Mateo Antoni, 20 months, and Major James, 5.

"Did I ever think I'd be vacationing with my ex husband, boyfriend, and all three kiddos? Probably not," she shared on her blog, Happily Eva After. "But I feel SO lucky that we're in a place where this feels not only doable, but fun too!" She added that they also plan to spend Christmas together.

Amurri and Martino announced their split in November 2019 while Amurri was pregnant with their youngest child. The pair have continued to document their coparenting journey since, and Martino has expressed his support for Martino's new relationship with Hock.

Who They're Linked to: Brian Austin Green

Fox appeared to be showing her support for ex Green's relationship with Burgess in July 2021.

The Till Death star said she's "grateful" for Burgess after Green posted a photo of himself and the Dancing with the Stars pro kissing during their visit to Walt Disney World's Animal Kingdom.

"It's been a really long time since I've been with someone I can truly share life with," Green captioned the shot, to which Burgess replied in the comments section, "There's no one else I could ever imagine sharing it with. I love you."

"Grateful for Sharna," Fox commented alongside an emoji of a purple heart, as captured by the Instagram account Comments by Celebs. The comment has since been deleted.

Who They're Linked to: Orlando Bloom

Perry, Bloom's current fiancée with whom he shares daughter Daisy Dove, and Kerr, his ex-wife with whom he shares son Flynn, teamed up to help launch a product for Kerr's KORA Organics line, and chatted about their other area of teamwork: having a "close" relationship as friends and coparents.

Previously, Kerr had opened up about their relationship on The Drew Barrymore Show, saying, "I adore Katy and I just feel so happy that Orlando has found someone that makes his heart so happy, because at the end of the day, for Flynn to have a happy father and a happy mother is just the most important thing."

Who They're Linked to: Lisa Bonet

The Aquaman star and "Fly Away" singer have no problem blending their families together. Momoa proved there's nothing but love between him and his wife's ex-husband by gifting Kravitz a matching skull ring after the musician showed up to support him when he hosted Saturday Night Live.

Momoa, who shares two children with Bonet, is also the stepfather to Bonet and Kravitz's daughter, actress Zoë Kravitz.

Who They're Linked to: Gwyneth Paltrow

The Goop founder's ex-husband and new husband are all smiles at a Sunday brucnh. The actress-turned-mogul - who frequently has Martin and his current love Dakota Johnson over for Sunday dinner - posted the snapshot with the hashtag "#modernfamily."

Who They're Linked to: Chris Martin

And for good measure, Paltrow notes that she and Johnson are friendly on their own terms - not just because they're in each other's orbit. They often vacation together as a foursome, and celebrate each other's big milestones.

"I can see how it would seem weird because it's sort of unconventional," Paltrow told Harper's Bazaar of Johnson. "But I think, in this case, just having passed through it iteratively, I just adore her. I always start to think of the ampersand sign-what else can you bring in, instead of being resistant to or being made insecure by? There's so much juice in leaning in to something like that."

Who They're Linked to: Bruce Willis

Bruce's ex- and current wives are close friends who often spend time together, which Moore made clear in a post paying tribute to the model.

"I #SeeHer as family who I am honored to call a friend," Moore wrote on Instagram. "Our children are sisters and yet there is no name for what our family connection is to one another. We are mothers united, sisters bonded on this crazy adventure of life."

Who They're Linked to: Ian Somerhalder

Dobrev famously dated her Vampire Diaries costar Somerhalder for a few years before the pair split in 2013. The actor and Reed tied the knot in 2015 after dating nearly a year. The trio came together during a dinner, which was documented on everyone's respective Instagram accounts in the form of a group selfie, which doubled as an opportunity to clear up any rumors of bad blood amongst the friends. "Can't believe how time flies. Farewell dinner with team Somereed!" wrote Dobrev. "So good catching up with these goofballs. All [love]."

Who They're Linked to: Joe Jonas

Hadid was an OG member of Swift's "squad," - even after the supermodel briefly dated Swift's ex. "We even have girls in our group who have dated the same people," the "Gorgeous" singer told Vanity Fair in a 2015 interview, debunking rumors of a feud between the starlets. "It's almost like the sisterhood has such a higher place on the list of priorities for us. It's so much more important than some guy that it didn't work out with."

Who They're Linked to: Joe Jonas

"Cold was the steel of my axe to grind/For the boys who broke my heart/Now I send their babies presents," Swift wrote in her 2020 song "Invisible String." Fans assume she was talking about Jonas, now married to Turner, with whom he shares daughter Willa.

Further proof that Swift and Turner don't share any "Bad Blood"? When Swift recently released "Mr. Perfectly Fine," her Fearless-era steel-cold takedown of an ex (also rumored to be Jonas), Turner said what we were all thinking: "It's not NOT a bop."

Who They're Linked to: Michael Sheen

When Sheen (who shares daughter Lily with former longtime girlfriend Beckinsale) and Silverman were dating, the two women were super-tight. "I really love his girlfriend as well, and we are really lucky that we both get on, and Lily gets on great with her," the actress told ES Magazine of Silverman at the time. "Having as many strong females in your teenage daughter's life as possible is a good thing."

After Silverman and Sheen split, Beckinsale kept their friendship going, even sending the comedian a shipment of custom M&M's engraved with a photo of Silverman kissing Sheen on the cheek. "Been ending every night with a microwaved bowl of personalized m&ms given to me by the very thoughtful and very cruel @katebeckinsale to remind me that I'm alone in this world," Silverman joked on Instagram. "So very alone. THANKS, KATE." 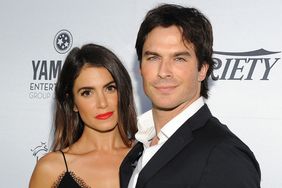 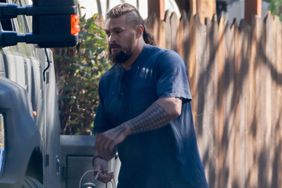 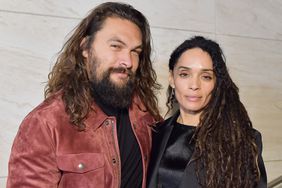 Jason Momoa and Lisa Bonet 'Are Spending Some of the Holiday Together': 'They're Friends' (Source) 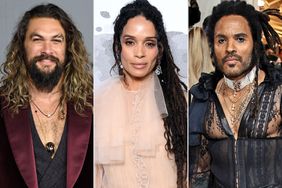 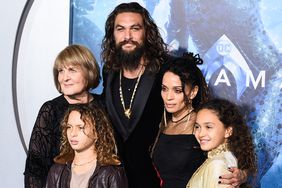 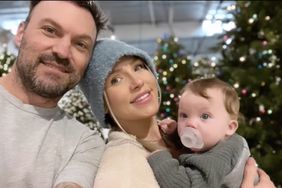 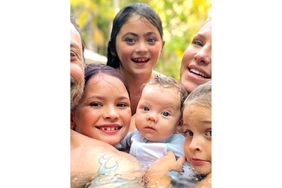