Jennifer Lopez talks about how Cardi B reminds her of her family. Plus, Sarah Silverman and more

"I just found her very funny and amusing and I guess it was because it reminded me of the girls I grew up with. And my family!"

— Jennifer Lopez, on what first drew her to Cardi B, on TRL AM

"Comedy by nature is not at all evergreen [and] if you're doing it right, you look back at your old stuff and you're horrified."

— Sarah Silverman, on her feelings toward one of her earlier sketches where she donned black face, to GQ

"This is not meant to be some sob story — everyone carries their own bed of rocks around and I am no different in that regard — but growing up in my house, it was never relaxing or easy."

— Ryan Reynolds, on his rocky relationship with his late father, in an interview with Mr. Porter

— Jamie Lynn Spears, on being excited to add another daughter to her family because of her relationship with her own sister Britney, to PEOPLE

"I stepped away from our foundation gala to take a moment and pump — hands free — thankful I could sit with my back to the room we were in and get it done."

— Nicole Phelps, on defending breastfeeding in public after she was criticized for pumping at a gala, on Instagram

"This is a big learning moment for me. I shouldn’t have tried so hard to mansplain, or fix a fight, or make everything okay."

"We want them all!... We will try for something. Twins work. I’ll take triplets."

— Lance Bass, on how many children he and husband Michael Turchin want via surrogacy, to PEOPLE

"It’s interesting, I think there’s certain boyfriends where you are trying to work stuff out, right? Like, you’re trying to heal certain stuff from your childhood and he was very much a lesson in that way."

— Gwyneth Paltrow, on how she knew not to marry ex-boyfriend Ben Affleck, on Howard Stern's SiriusXM radio show

"We said if Beyoncé will play the mayor, we’ll bring the show back."

— Nick Offerman, on what it would take to do a Parks and Recreation revival, on The Ellen DeGeneres Show

"I think you just have to listen to each other, love each other, take care of each other, communicate well. And then hopefully they can go off and make some babies, too. That’ll be great."

— John Legend, on his advice for Prince Harry and Meghan Markle (and the general public) on what it takes to make a happy marraige work, to Billboard

"I’m not going to give it a great review just because it was made by a Hollywood star... Holy s—. It’s so good... Jen Garner knocked it out of the f—— park. It’s so crumbly. It’s right for the morning and the afternoon. Five stars. Six stars."

— Jenna Dewan, on receiving a "pleasure chest" of vibrators from Janet Jackson when she was her backup dancer, on Jimmy Kimmel Live!

"You gotta play it super cool on Instagram. I mean, I certainly do. I don’t post dates on Instagram... I don’t want a Daily Mail story about some twink I took on vacation, not that I take twinks on vacation."

— Andy Cohen, on why he prefers to keep his relationships out of the spotlight, on Betches' Jordana Abraham and comedian Jared Freid's U Up? podcast

"At the end of the day, I do believe that family, and fame and success, can be really complicated if their dreams are connected to your success."

"I don’t think I’ll miss too much how nervous you get and how uncomfortable. I’m not going to miss that discomfort, and it’s a lot. You have a knot in your stomach for a while."

— Danica Patrick, on what she won't miss about NASCAR racing, on Jenny McCarthy’s SiriusXM radio show

"Let me say first that I appreciate the jobs and opportunities the Charmed reboot has created. But I will never understand what is fierce, funny, or feminist in creating a show that basically says the original actresses are too old to do a job they did 12 years ago."

— Holly Marie Combs, on the Charmed reboot, on Twitter

"He had to follow his heart. I could never fault somebody for that. I forgave him."

— Becca Kufrin, on forgiving ex-fiancé Arie Luyendyk Jr. after he broke up with her on national TV, to PEOPLE

"One of the first things I remember was feeling safe and feeling like I was with people that I was so proud to be amongst — while having the best time of my life, just learning, and enjoying the view. It was incredible."

— Anne Hathaway, on filming Ocean's 8 with an all-female cast, at a press conference for the upcoming film

— Emilia Clarke, on her advice for young girls, to People Now

"I'm going to be okay, right? I'm going on an adventure. I will look at it that way. Here's to a new life, baby girl. Goddamnit, I didn't want to cry, I wanted to be all peppy."

— Rose McGowan, on saying goodbye to her house which she says she was forced to sell to fund her fight against Harvey Weinstein, on Citizen Rose

"I’m coming in like a wrecking ball just for you, Jimmy."

— Miley Cyrus, in a video prank of her breaking in to Jimmy Kimmel's room in the middle of the night, on Jimmy Kimmel Live!

"My breakouts don’t define me. To anyone out there who feels embarrassed or ashamed by breakouts… I feel you. We have each other. So let’s get through this acne experience together."

— Lili Reinhart, on her struggle with cystic acne and her hope that followers will join the conversation using the hashtag #breakoutbuddy, on her Instagram Story

"Dude don’t you know? Talking to bottle girls in a night club is cheating duh. Forget the guys who have side pieces, cheat on their wives, text, and f— girls…you’re nice to [the] waitress you cheat."

— Vinny Guadgnino, slamming rumors that he cheated on ex-girlfriend Elicea Shyann, in a series of tweets

"Thinking of you all today and every day. I love you with all of me and am sending you all of the light and warmth I have to offer on this challenging day."

— Ariana Grande, paying tribute to the 2017 Manchester bombing victims and survivors, on Twitter

"It is really amazing, as I think back, how well I played that year. That was an MVP year for me. But that year, when I woke up in the morning, my first thought was, 'I gotta get more pills.'"

— Brett Favre, revealing his multiple stints in rehab at the pinnacle of his career, to Sports Illustrated

— Tonya Harding, on how it felt to earn a perfect score in the Dancing with the Stars finale, to reporters

"If anyone wants to spend any time thinking I’m strange for loving the most spectacular person on the planet, then that’s their problem. I’m doing just fine."

— Sarah Paulson, on her indifference to critics of her relationship with Holland Taylor, in her Modern Luxury June cover interview

— James Corden, on battling allergies due to all the flowers at the royal wedding, on The Late Late Show

"I understand that some of you feel some sort of connection or need to be apart [sic] of our lives considering you watched us grow up... However, I am handling my situation exactly how my father did."

— Paris Jackson, telling fans and haters alike that she handles her family relationships privately after many criticized her for not attending the BBMAs where her aunt Janet Jackson was honored, on her Instagram Story

"Every once in a while there is a moment when time stands still. That happened today. You my friend.. were the epitome of grace, love and beauty."

"We got no plans yet, [but] it’s gonna be very respectful. We’re gonna have some fun. We have to! He’s gonna get married. It’s a big deal."

"Do I still have a belly yes. I actually look like I’m 4 months pregnant and that is OKAY. I wanted to shine a light on how our society creates false expectations after a woman gives birth."

— Tia Mowry-Hardrict, on normalizing post-partum bodies and the time it takes to get back into shape, on Instagram

"The beard was the first thing to go. It broke my heart. I woke up and my beard was all over my pillowcase."

— Jackie Lee, on battling testicular cancer just after losing his mother to cancer, to PEOPLE

"The initial feeling, when I found out there was no heartbeat from the doctor in a routine checkup, was like, 'Okay, let’s Olivia Pope the situation, let’s fix it.'"

— Katie Lowes, on suffering a miscarriage while three months pregnant, on her Katie's Crib podcast

— Retta, on the sexual misconduct allegations against friend and former costar Aziz Ansari, to Vulture

"I can make three in under 30 seconds — evenly spread the peanut butter and jelly. I do that professionally as a father for my kids."

— Dierks Bentley, on his mean PJ&J-making skills, to PEOPLE

— Kelly Clarkson, on the recent school shooting in her home state of Texas, at the opening of the BBMAs

"I believe that for all the challenges, all of our challenges, we live a great moment in history. It's a moment that at long last women have made it clear that we will not be controlled, manipulated or abused."

— Janet Jackson, in her acceptance speech after becoming the first black woman to win an Icon award, at the BBMAs 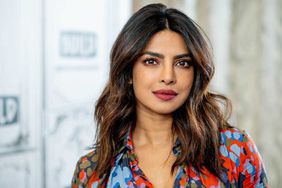