From Kanye's VMA dis to Christian Bale's outburst, see which stars took the biggest stumble under the spotlight in '09

At the MTV VMAs, Kanye West interrupts Taylor Swift's best female video acceptance speech to announce that Beyoncé should have won. The backlash starts instantly: Everyone from Kelly Clarkson to President Obama, who calls the singer a "jackass," chastises West for his bad behavior.

In a nearly 4-minute rant recorded on the set of his movie, Terminator Salvation, Christian Bale drops the F-bomb a reported 36 times. The actor, who verbally attacked the film's director of photography for entering his sight lines, later calls his behavior "inexcusable" and "deeply embarrassing."

Meghan McCain, daughter of former Republican presidential candidate John McCain, makes headlines in October after Tweeting a picture of herself in a cleavage-baring tank top while holding an Andy Warhol biography. "It's not like I was caught making a sex tape," she blogged, before adding, "I just wanted to get that off my chest."

Grey's Anatomy hunk Eric Dane finds his own anatomical attributes laid out for all of cyberspace to see when a nude 12-minute home video of him, wife Rebecca Gayheart and former teen beauty queen Kari Ann Peniche is leaked on Gawker. The couple – who are expecting their first child – later sues the site for more than $1 million.

During open auditions in Phoenix, Ryan Seacrest attempts to high-five Scott MacIntyre – the first blind singer on American Idol – after he receives a golden ticket to Hollywood. When the Idol host realizes his faux pas, he grabs MacIntyre's hand.

How do you mend a broken heart? If you're Lindsay Lohan, you Tweet about your open wounds in 140 characters or less. In October, Lohan Tweeted that on-again, off-again love Samantha Ronson "doesn't respond 2me b/c her family will cut her off if she contacts me…They control the one I love amp im incapable of making any sort of difference."

After being called for a foot fault during her semifinal match against Kim Clijsters at the U.S. Open, Serena Williams threatens to "shove" a ball down a linesperson's throat. For her alarming tirade – which she later admitted she handled "poorly" – and for smashing her racket, Williams is penalized with a $10,500 fine.

Ashley Greene finds herself at the center of a scandal when nude photos of the Twilight saga actress hit the Internet in August. But she wasn't the only one: Greene finds a kindred starlet in High School Musical's Vanessa Hudgens – whom comedian Dane Cook advises to "Keep your clothes on" at the Teen Choice Awards after a second crop of nude photos of the actress surfaces online.

Britain's Got Talent sensation Susan Boyle cracks under pressure, reportedly engaging in a profanity-laced outburst in a London hotel lobby in May. The Scottish singer, who captured the world's attention for her rendition of "I Dreamed a Dream," then checks into a private clinic for exhaustion after finishing second in the reality competition finale.

Kiefer Sutherland head-butts Proenza Schouler designer Jack McCollough during a scuffle at a New York nightclub in May after the designer reportedly bumped into fellow party guest Brooke Shields. Although McCollough suffered a broken nose from the incident, the apologetic 24 star is cleared of all criminal charges.

Foot-in-mouth-itis seems to be a royal affliction for Prince Harry, who tells comedian Stephen K. Amos, "You don't sound like a black chap," after his performance at Prince Charles's 60th birthday party last November. While Amos didn't take offense, Harry is back in hot water in February after referring to a fellow soldier as a "Paki." The army orders the prince to enroll in equality and diversity lessons.

THE SHOW DOESN'T GO ON

Britney Spears abruptly walks off the stage of her sold-out Circus concert in Vancouver 15 minutes into her performance in April. Her exit, blamed on ventilation issues, garners boos as the audience waits for more than half an hour before she returns – only to exit abruptly again.

A now-infamous photograph of all-time Olympic swimming champ Michael Phelps apparently inhaling from a marijuana pipe is published in a British newspaper in February. The controversial image, which he calls a "stupid mistake," costs the athlete his lucrative Kellogg's endorsement.

During an appearance on the Tonight Show in March, President Barack Obama likens his low bowling score to the "Special Olympics or something." He immediately apologizes for his off-the-cuff remark, which the Special Olympics chairman says can "be seen as humiliating."

During her performance of "Party in the USA" at the Teen Choice Awards in August, Miley Cyrus – in a sequined top and short shorts – pole dances atop an ice cream cart, which critics call "completely inappropriate" for a 16-year-old star.

At first, Tiger Woods's early morning car accident outside his Florida home the day after Thanksgiving seemed like an open-and-shut case. But reports spread that he had fought with his wife over another woman prior to the accident, tarnishing the public's image of the good-guy golf great. One alleged mistress was just the beginning: Soon a dozen women stepped forward, all claiming dalliances with the athlete. Saturday Night Live's Seth Meyers later mocked Woods on "Weekend Update," joking, "Tiger Woods hit a tree and a bunch of ladies fell out." 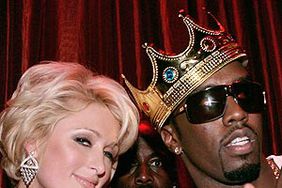 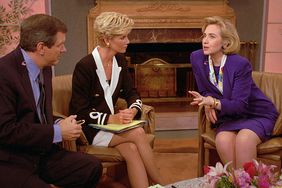 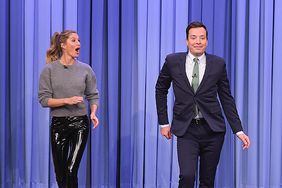