In the wake of Jim Carrey‘s on-off girlfriend’s apparent suicide, White’s family arrived stateside last week in order make arrangements to bring her body back to her native Ireland. However, news of her body’s release comes one day after it was discovered that White had a husband listed as a next of kin.

According to Assistant Chief Coroner Ed Winter, her husband – who PEOPLE has learned is named Mark Burton – has control of the release of White’s body, and in order for White’s stepmother and sister to take her body back to Ireland, Burton would have to sign over control.

“The next of kin has to relinquish the body to her family,” says Winter.

Winter could not confirm if Burton had signed over his rights to the body or who the body was released to, as it remains a “private family matter.”

While little is known about Burton and White’s marriage, a source told PEOPLE that they were separated at the time of her death.

“She was going to start divorce proceedings in December,” says the source.

Sources in her home town of Cappawhite, Ireland, say few in the town were aware she was married, and even some of her relatives didn’t know about the marriage.

Both Burton and White worked in the entertainment industry, crossing paths on several projects. In 2010, Burton worked as a cameraman on a YouTube series titled The Online Gamer – Black Ops – Part 1, for which White worked as a makeup artist and an extra.

White was pronounced dead in her Los Angeles home on Sept. 28, and authorities have confirmed to PEOPLE that four prescription medications were found on the scene.

Winter told PEOPLE that none of the prescriptions were in White’s name.

“There were four prescriptions: Ambien, Percocet, Propranolol and Zofran [they] were not [written] in her name.” he revealed.

A source confirms to PEOPLE that some of the pills belonged to Carrey and had been prescribed under an alias. “[Cathriona] took them from his house. He had no idea. He wasn’t actively using them and therefore had no idea they were even missing.”

The source adds: “There is no criminal investigation on him and he has already spoken to authorities.” 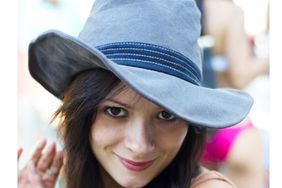 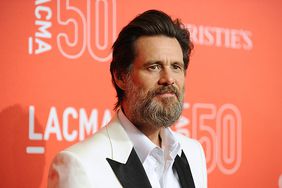