Casey Johnson’s longtime girlfriend Courtenay Semel has broken her silence after the heiress’s death to lash out at another woman close to Johnson – reality star Tila Tequila.

“The thing I find the most sickening is that the media is giving [her] the one thing she craves: attention. Tila, you knew her for a week,” Semel tells PEOPLE.

Just weeks before Johnson was found dead in her Los Angeles home at age 30, Johnson made tabloid news when she said she was engaged to Tequila, the star of MTV’s over-the-top matchmaking show A Shot at Love with Tila Tequila.

And it was the 28-year-old Tequila (real name Tila Nguyen) who announced Johnson’s death on her Twitter page.

Since then, Tequila has posted a series of bizarre messages on Twitter about her relationship with Johnson, and attacked Nicky Hilton and Bijou Phillips in an apparent dispute over what to do with Johnson’s dogs. (Tequila has declined interview requests).

INSIDE STORY: Casey Johnson Was ‘Erratic,’ ‘Troubled’ Before Death

“Casey is the love of my life and she’s gone,” Semel tells PEOPLE. “I will make sure the world will one day see all she wanted to give to it. I love you CJ with all my heart.” 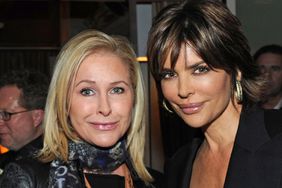