Hers was a Hollywood fairy-tale existence few, if anybody, can live: being the child of arguably the most famous movie star in the world – and, certainly, the most dapper, elegant and charming. His name was Cary Grant.

“Okay, I had a crush on Dad. Okay, more than a little crush on Dad,” Jennifer Grant, 45, writes in her warm memoir, Good Stuff: A Reminiscence of My Father, Cary Grant, which Alfred A. Knopf is publishing May 3. “My other real crushes were Donny Osmond and Jean-Paul Belmondo.”

But it was Cary Grant who picked up young Jennifer at school, who read to her, taught her life lessons and saved every photo, souvenir and scrap of paper that the two of them shared for the 20 years he was in her life. He died, at 82, in 1986.

Those mementos and Jennifer’s memories of them form the crux of her book, which is dedicated to her mother, the actress Dyan Cannon. (Cannon and Grant, who was married five times and divorced four, were wed from 1965 to 1969.)

“Something in me has always felt that my parents came together to make me. Vanity? Perhaps,” writes Jennifer. She says that although Grant and Cannon loved each other, both were far too headstrong to remain together, something they both must have known in advance.

While Jennifer concedes that George Clooney possesses a touch of her father’s magic, some readers may find her book short on star gossip. Cary retired and disassociated himself from the screen in 1966, age 62, to spend his remaining years with his one and only child. What it is long on are tales of growing up privileged in Beverly Hills, Malibu and other enclaves of the rich and renowned. She also recalls playing board games with Princess Stephanie in Monaco and shares Howard Hughes’s advice to her father on how to pack for a trip. (Take only two suits – one to wear and one to send out to be cleaned, he said.)

Though the book is a model of discretion – Cary himself was notoriously private about his life, and never wrote his own book – its author, who is an actress and a mother of a 2-year-old son named Cary Benjamin Grant, does not shy away from the rumors about her dad. Specifically, she addresses rumors that he was cheap and that he was gay.

“In my experience, Dad was neither cheap nor excessive,” she writes. “Which, for a wealthy man, is remarkable.” Even so, he did deny her expensive designer jeans, because, he’d learned, the denims at the Gap came from the very same manufacturing plant as the signature versions.

As for Cary Grant’s sexuality, “Can’t blame men for wanting him, and wouldn’t be surprised if Dad even mildly flirted back,” his daughter writes. “When the question arises, it generally speaks more about the person asking.”

Then again, she says, “Dad somewhat enjoyed being called gay. He said it made women want to prove the assertion wrong.” 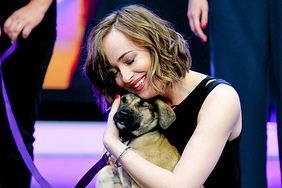 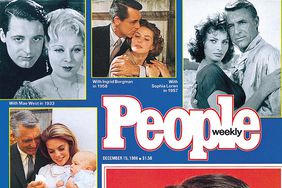 New Husband and a New Film Help Dyan Cannon Put Her Ex, Cary Grant, Behind Her at Last

Two Years After Cary Grant Died, Hollywood and Monaco Royalty Put on a Night to Remember Him