DNA tests indicate that former pro football player Rae Carruth is the biological father of his slain girlfriend’s baby, reports the Associated Press. Carruth, 25, and two others were charged this month with first-degree murder in the death of Cherica Adams, who died on Dec. 14 from injuries sustained in a drive-by shooting in surburban Charlotte. The baby boy, named Chancellor Lee Adams, was delivered prematurely by cesarean section and remains hospitalized. His maternal grandmother, Saundra Adams, was granted temporary custody and is said to be seeking permanent custody of the child. The Adams family is also seeking support from Carruth, who earned a reported $38,000 per game but was released from his contract with the Carolina Panthers this month when he fled the state in an attempt to dodge police questioning. 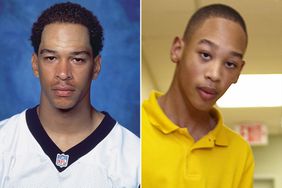