Jennifer Lopez, who last year co-starred with George Clooney in the under-appreciated “Out of Sight,” is in talks to star in a Disney live-action movie version of “Where in the World is Carmen Sandiego?,” says the Hollywood Reporter. The character originally appeared in children’s books, which were later adapted into a popular children’s TV series and CD-rom game. In other casting news, Rene Russo is said to be close to a deal to play slinky Natasha Fatale to Jason Alexander’s Boris Badenov in the upcoming live-action version of “Rocky and Bullwinkle.” Robert De Niro will play the Fearless Leader. Casting the main leads was not so challenging. Moose and squirrel will be computer-animated.

Picks and Pans Review: The Adventures of Rocky and Bullwinkle 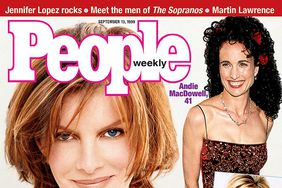