Carmen Electra, who filed for divorce in August from Dave Navarro, still speaks to him regularly but she’s ready to ease back into the dating scene, she told PEOPLE at the American Music Awards in L.A. on Tuesday night.

“It’s great because I’ve been able to reconnect with my friends that I lost touch with,” Electra, 34, says of being single again.

Arriving at the awards show dressed in Roberto Cavalli and Neil Lane, Electra said she’s open to the idea of dating right now, as long as it isn’t forced. “It should naturally happen,” she says. “It’s really cute because everyone’s constantly trying to pair me up with someone, but it has to happen naturally.”

Over the summer, Electra denied a report that she’d gone on a date with Jamie Foxx; at the time, Navarro, 39, was reportedly spending time with adult film star Jenna Jameson.

Carmen Electra: Rather Stay Home Than Go Out 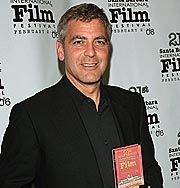