"His love for laughter was undeniable, and he embraced life head-on," they tell PEOPLE

Cameron Diaz‘s family remembered her father Emilio for his humor and honesty, and said they’re coping with his April 15 death with the help of “an amazing outpouring of love.”

“His love for laughter was undeniable and he embraced life head-on in such a dynamic way that he was impossible to forget,” the family said in an exclusive statement to PEOPLE.

Emilio Diaz, 58, died from post-influenza MRSA pneumonia, an aggressive staph infection that can occur in all ages and in otherwise healthy people, the family said.

The Cuban-American Emilio, who is survived by wife Billie and their daughters Cameron, 35, and Chimene, 37, was a “playful abuelo” – Spanish for grandpa – who was “incredibly loyal and dependable” and always ready to “standup up for those who were less fortunate.”

“As a family, it is almost impossible to put into words how amazing Emilio was,” they said. “The one thing that was a certainty with Emilio was that you always knew where you stood with him. He was so honest and always spoke his mind.”

He also “loved to share his love through laughter,” the family said.

“The thing that was most important to him was his family,” they said. “And he often said that his greatest accomplishment was raising two people that were better human beings than he was. He was devoted to each family member equally and was proud of the accomplishments they all made.”

The Diaz family, they said, is dealing with their loss “through support and love from family and friends and the amazing outpouring of love and admiration from those people whose lives Emilio touched.” 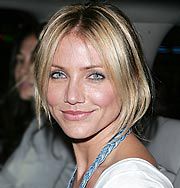 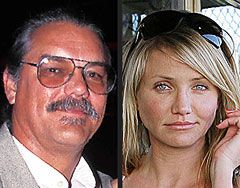 Cameron Diaz: My Late Father Was 'Loved by Many'