"I'm an auntie!" The Other Woman star tells PEOPLE

Cameron Diaz had a big weekend as her new film, The Other Woman, hit theaters, but her plans had nothing to do with work.

“I haven’t seen her yet but I’m going to this weekend,” she told PEOPLE Thursday at the Cinema Society and Bobbi Brown New York screening of the movie, which opened in the top spot at the box office. “[Drew] is doing wonderful[ly].”

Fresh off promotional duties for the film, Diaz, 41, joked that she was ready to move onto her next role. “Of course [I’ll babysit],” she said. “I’m an auntie!”

“She fell asleep first. That’s what happens when you fall asleep at a party,” Diaz explained on The Tonight Show before revealing she had dipped Fallon’s baby girl’s hand in warm water to make her pee her pants. Luckily, Winnie was wearing a diaper! 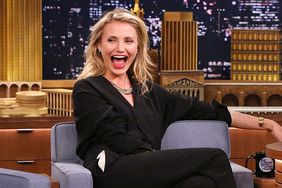 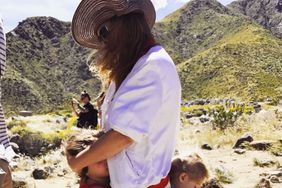 Drew Barrymore Reveals Daughter Olive Was Mad About Her Being Away: 'I Tell Her I Understand' 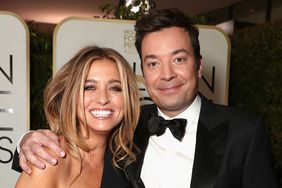